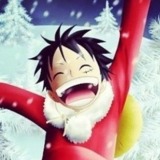 @humanity: Yeah i just saw it and man why isnt anyone at Sony mentioning this. People should know what they are buying, and the clear message they are sending is not this.

I actually don't know what is worse: Forza with assets buried behind loot boxes or GT with races or championships behind "time frames".

When i played GT in the past I remeber staying until 3~4 am playing through the endurance races without using the B-spec mode, but now knowing this game has specific timings from when those races happen is just ludicrous. I want my SINGLE PLAYER MODE done right

I was in awe when Jeff and Peter start speaking about GT. First because gran turismo is rarely mentioned in GB and second when i found out what truly is the gameplay loop about the game. IM still shocked.

Nothing in the ads on my country speak to that. and i'm very pissed about it , because they have been pushing it like crazy here, in Portugal

@vinny@alex@danryckert I dont want to cast any doubts but to me when Dan pulls out the red gumball, i can't hear the machine cranking.

That pic of Abby should live on forever.

tbh change the abby emote to party2 or rave. And have this champion's face be Abby emote, since Ben's is him just laughing

This game had some REAL ASS customer support service

I really hope this year we got a category for best Loot crate animation.

19:00 that moment when you don't know if you should shoot your own son, considering you are a clone of Jango Feet, and Bobba just shows in front of you

I'm sure i wasn't the only one who noticed it but the space combat is missing something crucial: Why aren't those huge ships shooting each other?!

Nice Review Ben. I miss the good old days of MvC 2. The first time i played it was for the Dreamcast at a friends house and I still remember Captain Commando (IMO the best fighter).

I still hope they bring him back, cause some of the Capcom fighters are just plain old ridiculous.

I'll pick it up once I know more about the next fighters, but I'm not that eager to spend on DLC, considering if I take this online I might be pinned against someone who has all the DLC, and get creamed cause I wouldn't have any experience against it, or with it.

I've been watching the pro-scene for this game, and it looks fresh and still young. Pros are still finding new stuff and most of the times saving them for future tournaments. Like for example, I don't know if its a bug or not but Spooky (a tournament streamer) has pointed out some fighters can turn a regular mid into a overhead. An example he gave was Chun-Lee kicks, where if you press a particular button when triggering the kicks, the normal becomes a overhead. It gave me the feeling of lack of testing.

@fanaticalmilk: Its actually his 2nd review, since Kingsway was done 2 weeks ago

I haven't played any Yakuza for the ps2 and ps3, but after Yakuza 0 I got to watch the trailers for the previous ones. I clearly remember the Yakuza 5 trailer showing you playing through Idol stuff with a playable girl, looks like its Haruka.

Since the game is the first entry to the series, during the ps2 era, I would reckon that most of the characters presented in this one will be major things throughout the next games.

Last thing that blond kid looked like the kid, from junior high that was tall as hell. I say this cause I've recently watched that episode. Is he the same kid, but now 10 years older?

Things are really looking great for the team, i kinda wish someone would throw caution to the wind, to spice things up...