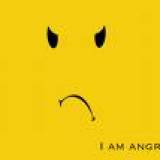 My must read blog of the century!!! READ NOW!!!

Yep, that's right, I was chosen to play with GBTNT tonight. Somebody in the game was watching it, and they said it was Brad we were playing against. Awesome! It was an amazing, once in a lifetime moment. I'm so happy! I can't wait to watch the re-upload and see what they were saying about me and the other players :D


Oh, and yeah, after I killed Brad, I tea-bagged his body good. So watch the re-upload if you didn't catch the stream and watch me play! My group somehow got to play TWO matches with him instead of one, so that was double awesome! I came in first place on my team the first match, but we lost. The second match, I came in second place with 18 kills and we won the match. It was awesome!

My parents just put an offer in on a restaurant.

I just made this short blog to say that my parents put an offer in on this restaurant they were looking at, so if all goes well, we'll get it and that will be the family business. I will of course get a job there, so I will actually have money to get all these new video game I want! As a 14 year old, I have nothing I need to buy. Everything is a luxury, so I can buy what I want and not have to worry about rent, bills, etc., because I'm still young. This will be great and I hope all works out well.

So, I was trying for hours to get e few games to work on my emulator. Conker's Bad Fur Day, SMB3, and another game I forget. I was so mad that they weren't working, when I realized I was trying to run them on a Gameboy emulator.

If you read my blog, reply to this!

I don't see what's the point of blogging if nobody reads, so yeah. Reply if you read this...please.

I don't even know how I'm using the computer. Of course, since I got Fallout 3 yesterday nothing is going to stop me from playing, so I played and got more sick.


Also, thanks for the people who posted advice when I asked my question about the subway and whatnot. I found a laser-rifle after some sneaking in the subway, then ran like hell out of there to the wastelands. I didn't know there was life in the wastelands! This game gets better and better!

Also, I really wanted to make the bomb at Megaton explode, but I still needed to complete a quest from there. All this leveling and whatnot. I guess this is  good first RPG though.


Anyways, yep, I'm pretty sick. Makes me want to stab somebody to watch them bleed.


I wonder if people will actually read this...first real blog post and all.