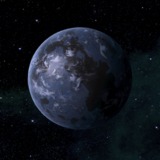 Call of Duty 4 was the most influential shooter of the last generation. Its control scheme became the standard for first person shooters. Its short, action packed campaign served as a template for the abundance of clones released in its wake. Although, its biggest impact was in online multiplayer, where the addition of a persistent leveling framework, unlocks, and customizable loadouts changed the landscape of competitive shooters.The newly remastered version released on the back of Infinite War...

Mirror&rsquo;s Edge: Catalyst is a pleasant surprise simply for existing at all. That the fresh and exhilarating concepts found within the original Mirror&rsquo;s Edge were getting a second breath of life filled me with hope. I remember EA and DICE shouting boldly at Catalyst&rsquo;s announcement, &ldquo;There won&rsquo;t be any gunplay,&rdquo; which suggested they had been listening to the criticisms of the first game and were heading in the right direction. As the game came closer to release ...

Lifeless Planet sells itself as an action adventure tribute to Cold War era science fiction. What&rsquo;s clear from the very beginning of the game is its dedication to creating a rich atmosphere and an engaging plot, but its gameplay may be unable to keep up with the elements surrounding it.It starts with an international space mission&rsquo;s crash landing on a planet that was supposed to be covered with a blanket of life. Of course, when the unnamed astronaut the player controls wakes up, th...

Nihilumbra first appears as yet another 2D puzzle platformer in a long line of indie games trying to follow the successes of Braid and Limbo from years back. Once the game begins, it&rsquo;s quite clear those assumptions are not without reason, but diving deeper reveals a much bolder game with grander ambitions than the typical modern sidescroller.The player controls a creature named &ldquo;Born&rdquo; as it escapes an empty void into the physical world. As Born progresses, a narrator will expl...

With any of Bethesda's open world RPGs, the biggest challenge comes from wondering where to even begin. Fallout 4 is no different. Like its predecessors, it depicts a massive post-apocalyptic world where the ruins of an uber-patriotic alternate history America are waiting to be unearthed. Its retro-futuristic atmosphere still holds strong, binding together the time tested formula of exploration, loot, character development, and player choice. With these elements intact, Fallout 4 is essentially...