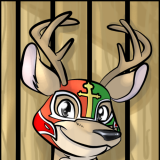 You should try heroics and LFR. I came back to WoW having taken a break after Cata. I went straight from my 2nd normal dungeon into heroics as a healer and never really had an issue apart from people with terrible damage who took 5+ minutes to kill a boss. Its gotten to the point now where heroics are just facerolled, the mechanics aren't hard for any boss and most people outgear the fights slightly.

LFR is an absolute joke. I think I could soloheal some of the fights and I have 637 ilvl. Even as a tank, the mechanics and damage are so toned down that even if you do it completely wrong, you will still get through. I have done it every week since its been available, never had a wipe, only people who have even died in the raid are DPS who just stood in fire for too long (probably 30s+...).

I have found garrisons to be a fun side event but their charm is wearing off to be quite honest. There is very little depth to the actual missions or how you equip or train followers. Since a lot of it is just random chance, there is no scope for players ever being 'good' at garrison missions. Its just farmville with wow characters.

@oldirtybearon: In a reddit thread it was pointed out that the scene after the end credits has a different date on the calendar on the desk which is actually the day after Anna was taken by Comstock in the previous reality.

The insinuation is that its been rewritten now and Anna was never given away and Booker and her can live happily ever after etc. etc.

Theres one in the city I live in in Ireland. As far as I know its the only one with a female member, she snuck into one of their meetings and they had to then make her a member.

" Broken right leg i like more than both of those. "

" is it pretty much cutscene-battle-cutscene? "

Played it for 4-5 hours and up til then it was. Really need to get back to it.
11 years ago

Can you at least name it Pooault?

" But, my life is not validated unless people on the internet agree with my every opinion! "