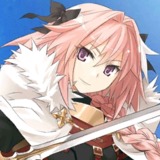 Second time I've come across a progress-breaking bug in Dead Rising 3. Had to restart chapter 5, now 7.

Mass Effect 3 is a good game.

Mass Effect 3 is a good game.

In case it bared repeating, As good as Mass Effect 2? That depends on what you mean.

When it comes to combat, you've got a split. They sacrificed a certain level of preciseness in the already imprecise cover mechanics to give you the roll move, which can either be indispensable or a major pain in the ass due to their decision to map it to the same button you use to find cover, pick up an item, or otherwise interact with the environment. On the other hand, the way power cooldown is handled by a percentage based on how weighted down by weapons you are makes for a new level of strategic play, and more importantly allows biotic-reliant classes to become a more viable option. That's not to say they weren't before, but there's a reason I switched to Soldier for my insanity run through Mass Effect 2.

To make my next point, I'll need to throw up a spoiler about types of enemies in the game.

I actually found it to be a major bummer that there wasn't a return for some of the tougher enemies from Mass Effect 2. Namely, I really miss Harbinger. Those Collector fights were the memorable moments of that stellar game, and to have them missing completely from Mass Effect 3 is a bummer. Instead, you get Team Rocket, I mean, Cerebus... I mean, Cerberus. Those nade-spamming bastards are not nearly as fun to fight. The way they mix things up is by walking slowly towards you with a riot shield (aka the cheapest tactic in Counter-Strike), but that's nothing a singularity or a good sniper rifle won't negate. Brutes are manageable if there's a single one, but the game so often throws two or more at you, and then things become hectic. Banshees are cheap and a major pain in the ass that can deplete the ammo of all of your guns rather quickly, being the bullet sponges they are. Even so, there were very few moments in the game that felt difficult, even on a blind run-through on insanity.

The weapon upgrade and "inventory" system is probably the perfect balance of Mass Effect 1 to Mass Effect 2. It's great being able to customize your loadout to fit your playstyle and strategy without having to fumble through a list of 50 useless upgrades you only haven't sold off because the clunky interface and slow scrolling means that it would take hours of your time. Nor is it the "yeah, you have a gun; what more do you want?" dumbed down system found in Mass Effect 2.

The bottom line is that Mass Effect 3 remains just about as fun to play as the second game, though perhaps a smidge worse due to a combination of sometimes awkward level layouts and enemy types.

Of random note, I did notice that the squad AI is generally improved. I'd have to point them manually into cover almost every time in Mass Effect 2, but in 3 they'd so often figure things out on their own that I didn't find myself giving them orders nearly as much, besides power usage. That doesn't mean there weren't moments of me shouting "why the f*** did you leave cover, Liara? Welp, now you're dead. And no, I'm not reviving you."

And hey, all of those characters you loved are back! (Yeah, and Kaidan! I don't know why so many people hate that guy. I don't have a single save where Ashley is alive, personally). Mass Effect 3 has that same boost that Dragon Age 2 managed: the characters are great, as are their interactions with you and one-another. The exception here would be the brief amount of time you spend with your friends from Mass Effect 2. Since all of your main squad is made up of a couple of newbies and people you were rolling with in the first game, the Mass Effect 2 characters end up being relegated to minor sub-plots and then, best-case scenario, become "war assets." But if you've played the first game, which you should have (sorry, PS3 owners), you'll be okay with this. Mostly because Garrus. And the best part is that there are touching and triumphant moments with every one of them.

My favorites: The moment you have with Liara, as she's asking for your opinion on what your Shepard VI should say, as she creates a time-capsule similar to the Prothean devices warning you about the Reapers. Then there's target practice with Garrus. Also, drunken Tail.

Then there's the missions themselves. I quickly found myself dreading every side mission that had you fighting Cerberus, both because the combat arenas were designed for multiplayer and didn't seem quite right with an all AI squad, and because fighting the same Cerberus troops over and over again got boring quickly. The worst part about that is that most of these missions didn't actually further the story, though I suppose that's why you call them side missions. At least the main quest missions, which are your more finely-crafted, if perhaps more linear corridor-crawls, are all about the quality of any given mission from Mass Effect 2; which is to say, they're good.

Except for that mission on Tuchanka. Huge open spaces where they're throwing husks at you? I had half the enemies killed before they were even in range to hurt me. Wasted space in level design.

Now let's talk about the ending. No, let's not. Because there's like 500 FUCKING THREADS ABOUT THE ENDING ALREADY. If you want to know my opinion, you'll find it in one of them. Think of it as a scavenger hunt. Now I never want to hear another word about it. Alright, maybe one snippet to help wrap things up here: the ending leaves something to be desired.

But overall, Mass Effect 3 is a game you should check out because it's overall a lot of fun to play. The only problem with that assessment is that you're either a long-term fan of the series and you'll buy and play it anyway, or you're someone on the outside feeling curious, and this is a terrible point to jump in on.