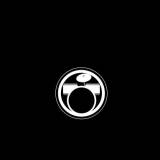 LAST OF US RAMBLE RAMBLE. "It's got its ups and downs. You can't deny the view, though."

I'm obsessed. Well, maybe not so much me, but my brain is, with The Last Of Us. I bought it on opening day and proceeded to spend about 4 hours each day until it was finished on Monday. I figured where would be the best place to ramble about it if not a dusty old blog on one of my favorite gaming websites. Yeah... that'll fix me right up.

Before I begin. I'm going to drop a **********SPOILER WARNING************ so I don't have to hold back anything. Maybe I'll go back and edit it with block outs, but if anyone is reading this just know that you have been warned. Play this fucking game before reading this or anything about it, comeon, what are you doing. :3

Where do I even begin. Let's get all the 'good' stuff out of the way (I mean the stuff that wasn't 'fucking awesome'). Most of the stuff that didn't really blow me away had to do with the game-play. Not at the fault of it being not original or anything. Being a brand new IP they had to make something that a lot of people would be able to play-through willingly, so they stuck to what they knew which was more of an third-person action adventure just like Uncharted.

The Last of Us takes a more stealthy approach to the combat compared to Uncharted, and it works out pretty well. It feels good, and it doesn't hold you back from trying to do the things you want to do. By the end of it the combat felt like it was being padded out a little bit. It felt like enemies were being thrown in there for the sake of there being enemies. That's about it for the 'good'-slight-cons side of things. Otherwise the combat was brutal and satisfying. I know... I made it sound like it was going to be something game breaking. I've heard of people complaining about the AI of the monsters but I feel like they were dumb enough for you to be able to take advantage of. It was a little silly that once one of the infected found you all of the other ones in the room charged you, though.

Okay. So the combat is pretty fun and the fighting gets a little padded. That's nothing new, but what makes this one so special?

Goddamn does this game have one hell of a story. It's something that I feel like I have been looking for in a game. It's refreshing. Set in such a dark world, that felt really grounded in reality, which made everything so much more meaningful. I remember slightly thinking that a post-apocalyptic world would be maybe a bit of fun, but after playing this game I cannot say I think that anymore. The acting, extra polish, and the way that they brought everything together just made everything feel so real. A disturbing amount of attention to detail is scattered everywhere, and I found myself completely immersed into the world as I was playing it. I was starting to get cynical about games because of how it was basically turning into movies; A bunch of people in suits with investors breathing down people's necks, while they try to adjust a script to the point that it has mass appeal. This gives me hope for future games that are coming out, especially with new consoles coming out very soon. If they were able to pump this out of the PS3, imagine what they can do with the huge amount of RAM they're being given in these new machines (500mb vs 6000-7000mb). It's exciting.

It was a weird few days while playing this game. When I wasn't playing it I just wanted to know what else was going to happen in it. I feel that the fact that it's a video game helped establish a deeper connection with the characters. I didn't just watch Joel and Ellie build trust with each other. I had to walk through a lot of areas, fighting monsters myself, with Ellie by my side. The days I played this game felt longer. This is kind of one of those movies that make you think a lot after it. The Last Of Us is giving me the same effect.

I dunno. I DUNNO. I can't find things to hate about this game. Maybe some things that annoy me, but they are way more apparent than other games. Just find a way to eventually play this damn thing, and grab some friends if you want, cause it's a good watch too. Music is awesome. Gameplay is smooth. Plot is tense and exciting. It's dark, while being beautiful at the same time. It's got great sound design. The acting is amazing and should be awarded for something. It's just so fucking good. :3

I think I'm done, and I feel better.

Confusingly awesome....
Getting use to it... but it's awesome.

Hoping I'm Not The Only One

People and their stupid bullshit, part 1.

/ranting on 3 hours of sleep

...That hates the music that all local radio stations play. I mean there are sometimes good music that gets a good play here and there... but what is up with the music people like these days, it's complete shit and it's fuckin terrible. Although I'm only 18... and it wasn't very long ago where I enjoyed these annoying pop culture related songs... it's like... I'm the only one in a particular group of my friends that completely hates this crap. I'm sure it's just a phase that everyone has that people eventually grow out of as they grow up(...hopefully). Anyway, I'm not going to mention any specific genres, because there are good music of all kinds of genres... but I'm sure you guys know what I mean when I say "crap" in general. Like seriously, WHO THE FUCK IS STILL INTO BRITNEY SPEAR'S BULLCRAP. (I'll mention that one just cause im sure most people will agree...)

Other then wondering why stupid shit is popular, I've been in the market for a new laptop, and with the new macbooks being announced last month, I started saving money. I now have enough to purchase said macbook... so off I go to get it on Wednesday. Honestly it's a really weird experience to be excited about something that I ripped on and joked about so much before, but more on that on Wed.

-Andy, being bored in a lecture.

What Podcasts You Listen To...

Let's make it... technology (mostly gaming) podcasts. See, I have the commute a total of 2 hours a day, that's going to school and coming back. So what I do to keep myself entertained, besides occasionally breaking out the DS is I like to listen to/watch (iPhone) a LOT of podcasts.


Are the ones I can name off the top of my head that I watch and follow, not sure if I missed something though. Anyway, what kind of podcasts do you guys listen to? and do you have anything good to recommend.

87th Most Viewed of the Week

I totally forgot to mention it here that I got Rock Band 2, but I just took my video equipment and recorded 9 videos of sight reads of some songs. They can be found @ youtube.com/nadybox, this.. eventually bumped me to the 87th most viewed channel...in Canada... but still awesome!.

Here is one of them, "That's What You Get - Paramore".

Played with Adobe After Effects for a good 3 hours and came out with this... this should be WAYYYY easier to watch.

Now I need something that can record me drumming at 30fps because right now I had to make everything 15fps. I also gotta learn how to transition between everything... so the footage isn't just masked (read: cut out) the entire time.

Anyway, what do you guys think? lol
6 Comments

Going to school soon, it still hasn't hit me, this whole college post secondary thing, yet it is in two days... it'll probably hit me the morning I have to up early. Anyway, I'm going into BCIT (British Columbia Institute of Technology *deep breathe*) for CST (Computer Systems Technology). Don't really know what I want to be yet, but the first year is almost a small introduction to everything, then in the second year you pick one of 7 'options' to focus on...... cool!

Other then that... it's just been a busy week of getting prepared for school, paying off tuition, supplies, setting up my laptop and... drumming........ on Rock Band. The Rush DLC that was announced got delayed (YYZ.. :( ) so... I'm stuck with the cover version of Limelight for now. Apparently there was an error with YYZ, which has no vocals. It might be a few weeks before it is actually release (NOOOOO!!!!). Oh well, I'll save it for when I get my Ion Drumkit

So here's a video of the cover version of Limelight by Rush, this time featuring in game audio! Too bad I don't have a video capture device so I can make it look all split screen and cool.

By the way, I'll totally take any requests of songs people want to hear or see me play, just drop a comment. :)

Was unsure about my application to post-secondary (college) since I applied extremely late and I pretty much thought that there was absolutely no way I was going to make it into the program on time. Well... I get a call asking if I'm still interested in the program cause they have space, and.. yeah.. accepted. Guess I'm going to school in a month.

Next to You - The Police

And just for kicks, a sight read(first time playing) of "Real Good Looking Boy - The Who"
Yeap.