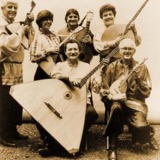 I stuck it out and finished it last night. Seems that the increasing size of the save files pushes the load times to extremes. The two last big story cutscenes played twice in their entirety, with a completely black screen in between plays. Sort of took away a little from the tension of the climactic last fight.

@gkhan: I've also had situations like that, where securing the objective was impossible within the time limit. Autosave saved my bacon. The targeting thing seems to be a bug, I've had soldiers standing directly in front of the last standing enemy without being able to see them. This being late in the game, I took the survivable damage and killed the enemy in the next round.

Right now, I'm most worried about the Avatar failing to show. I've done everything I can do, contacted every sector, fully upgraded my team and equipment, fully populated the base, and the Avatar Project counter is nearing game over.

It's a fantastic game, but these bugs are a real letdown.

Edit: ...aaaaand it just crashed again. Hard crash, no save after a 12 second post-mission load. Gah.

Yeah, load times are a challenge. I usually listen to podcasts or watch low-intensity TV shows while playing games, and with load times of >10 minutes, especially coming out of a mission, I keep my iPad handy. Takes a while to finish an otherwise quite long game.

Somebody get Peter Moore on the phone.

Nice piece, the Elin Woods reference was a bit cheap, though.

I just picked this up in a bargain bin for €5, and I definitely got five Euros worth of entertainment out of it. It's a decent arcade soccer game, in the landscape between PES and FIFA Street, though it's nowhere near the quality of the major releases.