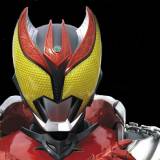 My name is Dylan I live in Ohio and I have been a gamer for 9 years. my first game was Pokemon on the Game Boy. I mostly play Fighting games RPGs and First Person Shooters. I own A 360 a Wii and A PC and use them all, I have Red Ringed twice and I am counting the days till Fable 2. :)