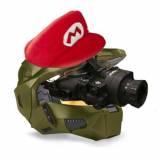 On November 30, I looked at my Twitter feed and saw that GamePro was soon to print its final issue, and that its website will no longer exist. While I haven’t been following GamePro lately, it was my main source for video game news, reviews, and overall coverage in my early teenage years. This announcement made me dig through my garage and see what I could find, and I was glad to see that most of my magazines were still around.

Starting around summer of the year 2000, my brother got a subscription to GamePro. This wasn’t my first exposure to the magazine, and I recall my brother saying that he had subscribed years ago, but this is the time period I remember reading the publication regularly. What I liked the most about GamePro was that it had a very colorful look to it, complete with cartoon personas that represented their reviews editors, a look that isn’t all that foreign to all of us users here on GiantBomb. I remember reading GamePro’s extraordinarily positive review of Golden Sun (issue 161, which I still have access to), and on one weekend, I went out to a BestBuy with my mom and picked it up. I also remember cutting out a $5 coupon on that same magazine, which was likely my first step into eventually becoming interested in searching for video game deals, wherever they may be. Whenever there was a game I was interested in, I would look at the GamePro review. That same year, we bought a PlayStation 2 at launch, and because we never owned a PlayStation, GamePro’s “PlayStation 2 and PlayStation Encyclopedia” was very helpful at introducing us to some earlier games we missed out on.

GamePro had a number of recurring articles I found both entertaining and informative. Every April issue there was a “LamePro” segment, which included reviews of fake video game titles, and if you’re a sucker for puns, you’d get a good laugh out of game titles like Lap Dance Dance Revolution and Super Mario Moonshine.

If you’re curious on what issues I could find, the majority of my GamePro collection ranges from issue 144 to the early 200s. Some issues are missing, but I’d say it would be about 60 in total.

Anyway, I’m gonna open a couple magazines and talk about what I find, starting with issue 144:

Just like you’d expect, there are a lot of advertisements in every issue. After getting through the table of contents, you’ll find Head2Head, which showcased some mail, and the editors would respond. The magazine had a sarcastic sense of humor, which was often conveyed in their responses. A reader calls Major Mike a “giant ninja turtle in a military outfit”. From what I remember, their snarky answers dwindled as time went on, though. Their Buyers Beware feature was very informative, which would address new customer concerns every month on whatever software or hardware problems they may be having. It was particularly helpful whenever there was a new hardware being released. For example, a customer writes in issue 144 asking if the PS2 is compatible with PS1 accessories.

Every month had a three panel webcomic called “Hidden Characters”, usually showcasing the GamePro characters goofing off. I occasionally got a laugh out of them, but it’s unfortunate that these comics aren’t compiled anywhere.

This particular issue has an exclusive of Neversoft’s Spider-Man, which received a very positive review from Dan Elektro (a.k.a Dan Amrich), who now works as a Social Media Manager for Activision. Other reviews included in this issue are Deus Ex (which received a perfect score), Diablo II, and Chrono Cross. The formatting for the coverage was divided by certain genres and platforms. PC games were in one section of the magazine, and then you had a Sports section for sports previews and reviews, which made it easier for me to skip over sports games since I had no interest in them! Last come the strategy guide and cheats section. Combos for certain Marvel vs. Capcom 2 characters are included in this issue, which I would put into practice whenever I would play the game.

Their rating system was streamlined later, but for those who don’t know, for many years GamePro reviewed games in 0.5 increments, 5.0 being their maximum score. Games were scored in four categories: Graphics, Sound, Control, and Fun Factor. By today’s standards, this all seems superfluous, because Fun Factor was the only score to really care about. Accompanied with the scores is a cartoon character expressing enjoyment or disgust depending on the score, just like Giantbomb! Also included in reviews were ProTips, which were just brief advice on how to accomplish something within the game.

When Dan Amrich left GamePro, he made a farewell post on the website stating that he posted under both the moniker “Dan Elektro” and “Bad Hare” which was a shock to me and many other readers. I do remember learning enough about some of these writers because of their persona and the articles associated with them. “Bad Hare” was supposed to be a pun on Dan Amrich’s bad hair, D-Pad Destroyer was left-handed, and Fennec Fox was fluent in Japanese, so he did a lot of the JRPG coverage.

For some bizarre reason, years after I stopped reading GamePro I decided to purchase a couple of the Joyride figures, specifically Major Mike and Dan Elektro. Dan Amrich held a contest on OneOfSwords.com to give away some extra Miss Spell figures (the character was based on his wife, Katrin Auch, who also worked at GamePro), and I was fortunate enough to win one of the figures. The only figure I’m missing is Dr. Zombie, who would do Gamepro’s artwork, if I recall correctly.

Anyway, this concludes my ramble about GamePro, from the brief revisit I did on a couple issues. Did any of you read the magazine?