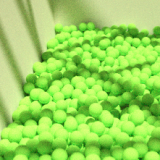 Back when I was deciding which game I should buy for the 3DS, it was easy to narrow it down to the following titles;

Due to personal taste, I decided that either Rayman 3DS or Shadow Wars would be my final verdict. After a few days I came to the conclusion that Shadow Wars will my day one purchase. A month before the release of the 3DS, Ubisoft left Shadow Wars in the dark. There was little public information about the game itself. Not too long after that, Nintendo finally released a trailer of the game on the official website of Nintendo. The game looked better than I expected.

It was obvious by then that Shadow Wars would be forgotten amongst the other titles, mostly because of Ubisoft's lack of faith in the game (no trailers, nor previews). Finally, the reviews for the launch titles came out, SSFIV and Pilot Wings were the first. Followed by, almost less than a week before the launch of the 3DS, the Shadow Wars reviews emerged (among all of the other titles).

It is disappointing to see that Shadow Wars didn't get the attention it deserved, but I am proud to say that I was right in both acknowledging it was going to receive little attention, and that it is the best original game out of the launch titles. Dare I say the best of the bunch overall.

Does anyone else feel that it never got the chance it deserved?
4 Comments

As E3 continues getting closer I have been thinking about the types of things that I would be excited to see come out. The only game I am interested that is confirmed to be getting shown at E3 is Red Faction 4, though it will most likely be named Red Faction: Armageddon.