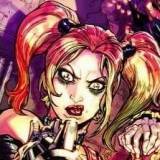 @zeforgotten said:
. Thing is, you'll never bump into any of these assmunching clowns from the forums in real life so what do you care?

In reply to OP: People will always tell you to think twice when it comes to getting a name for a tattoo because it is such a personal thing, but then aren't all tattoos supposed to be personal and mean something to the person who has it? If Ryan had such a positive impact on your life and this is how you want to show your respect then that's fine and it shouldn't matter what anyone else thinks. But on that note, maybe if you're asking for people to give their opinion it means you're not 100% sure and with a tattoo I think you should be certain, without a doubt, that you want it. If you do get it done, make sure you post up a pic. =]

No. Socks offend me. They're just little foot prisons.

There just aren't enough slippers in the world.

Like pretty much every other poster in this thread I'm finding this hard to believe. But well, thanks, Ryan, for all the great content over the years. I hope his friends and family are coping well, condolences to them/you all.

Oh and on topic, I never participate in console wars because beauty is in the eye of the beholder and peace is good and I just don't care enough. But I'm pro console war because they're fun to read. >=]

@darji: Yeah, I don't have the kindest sense of humour so I'm sure I'd have laughed too. =p

I don't see what's wrong with using this trope as an emotional reaction trigger, that just seems like it's teaching guys (if anyone learns anything from video games anyway) to care. Or, it works as an ert because guys already care so it's just putting reality into fantasy. And what is wrong with the fictional power trip of being able to protect the people you're supposed to care about? =\

Anyway, even though I don't agree with everything she is saying it is interesting to see how few story lines there are, but uh, that kind of goes for every single story ever written. If so many disagree with these tropes and so on, then write different story lines, reverse the tropes and play around. No point in just watching them appear and not trying to create anything new. It might be pretty hard for people to accept though since we've been taught this story for years considering there is history to it. Those village rapers and pillagers!

Oh, and as for the violence against women in video games, when it's being used as an ert it's part of a narrative. The only one that seemed unjust to the story was the GTA3 one, but in that it's kinda like the protagonist was killing this trope stereotype that Anita doesn't like. Will nothing please you?! The rest are situations that I really doubt will ever happen to anyone, ever. Using stats is also pretty irrelevant, especially if trying to in any way say that violence against women is influenced by the appearance of these tropes, when I doubt some of the more misogynistic countries even have access to consoles and video games like those in America do. And again, the only game that seemed to use this violence as comedy was GTA3, the rest used it as an emotional thing!

These idiots who are against gay marriage just need realise that their opinion shouldn't be allowed to stop people doing something that doesn't concern them. I can't believe so many people turned up to demonstrate against a marriage, it's ridiculous! They need their rose-tinted glasses removing if they think that's the worst thing that's going on in this world. "Oh no, love!" Morons.

Ah that guy sounded so genuine. <3 It's a shame there isn't a sequel coming soon but given how much I enjoyed Alan Wake I'd be even more disappointed if they released something rubbish just to get Alan Wake 2 out there. Anyone who hasn't played that game is getting an absolute steal with it being in humble bundle.