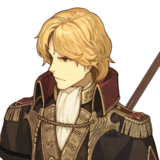 The Tower of Dubious Horror Games 04-06: Blue Stingu for The Ringu

Hello and welcome back to another SURVEY OF TERROR. That’s right. The Tower of Dubious Horror Games is back, with another handful of interactive entertainment vaguely relating to the act of getting scared and/or conserving ammunition. I apologize for this one taking a bit, but in my defense life is hard, writing is hard, school is hard and sometimes I just want to play Total War Warhammer III’s Immortal Empires for *too many* hours a day. With that said, let’s talk about video games vaguely representing the horror genre of a questionable quality. The next write up should probably take less than two and a half months. Potentially.

Category: Licenses of Death and Sega NightmareCast (also, as I was to discover: Actual Garbage)

Musical Numbers (from me): Multiple

Will I finish it? If you throw enough money at me, absolutely.

Friends, Romans, Countrymen, lend me your ears. I think we’ve come across a genuine bonafide Kusoge here. Not only is this the only game of note to be directly based on Ringu (well, outside of some mobile stuff, pachislot machines, and Sadako being in Dead by Daylight now) it also came out in the United States years prior to the film’s American remake. It’s a deeply baffling, lethargically paced, technically incompetent attempt to recreate a Resident Evil, and it’s fucking terrible in a standout way. Is it the overly loud, extremely CASIO keyboard plink-plonk soundtrack? Is it the way the already stiff tank controls have what seems like an entire half second of input lag? Or is it the deeply scuffed translation underlying what appears to be some very dubious writing?

It’s all of those things. No longer confined to a mere videotape or 8mm filmstrip, the curse of Sadako has infected a video game within the video game you are playing. In the real world you play as a CDC Researcherwoman, who spends her time wandering between a series of identical-looking rooms having weird conversations with people to progress the plot. In the virtual program only known as [RING] you wander through a series of identical-looking rooms to do bad Resident Evil things and shoot goofy looking monsters. Neither endeavor feels like it was made by people who had ever made a video game before. I have played $4 indie horror games made in Unity by one person in their spare time which feel more coherent and cohesive than this.

It’s an interminable mess and was the first game I had to tap out of for this feature. So, kudos for that. I really do feel like I’ve accidentally stumbled onto something that would be featured in a Thor High Heels video about “Mysterious Dreamcast Games,” assuming he hasn’t already talked about it. It’s a product comprised of incompetence and jank and a very specific brand of late 90s, early 2000s Japanese skung for good measure. I would not recommend it.

Am I glad I played it? Absolutely

Will I ever play it again? Probably not

I say without hyperbole that Blue Stinger is one of the more psychotic games I’ve played for any of my streaming features. This is a compliment, as it’s also one of my favorite things I’ve streamed this year. It’s the sort of deeply Japanese, tonally bizarre, ambitiously jank game which could’ve only come out during the lifespan of the Sega Dreamcast. I mean, shit, the cast of Sonic Adventure are right there voicing the main characters. It’s got Dogs Bower! How many other video games have Dogs Bower? That’s right. Only one other one. And that one is, uh, coming in the next blog.

Blue Stinger is weird. To say that Blue Stinger is weird does not fully encompass how batshit is is in every facet of its execution. It’s a survival horror game, kinda. Enemies drop coins, which you can use to buy ammo, healing items, and weapons from the vending machines scattered around Dinosaur Island (there are no dinosaurs in this game.) There are melee weapons, there are shooty weapons, there is some amount of solving puzzles. One of those melee weapons is a shirt for Dogs Bower which just says "Karate Man." It inspires him to do Karate, which is very good. It’s a weirdly ambitious combination of all of these elements in a decidedly clunky package. Grinding for healing items and ammo is basically required unless you’re good (I’m certainly not) and some level of clunky maneuvering is needed whenever camera angles and monsters are concerned. This goes doubly so for the boss fights, which aren’t great.

However odd it plays, the real draw of Blue Stinger is “literally any time there’s a cutscene.” I can’t stop emphasizing the point: this game is accidentally or intentionally an absurdist masterpiece, and I have no fucking clue how deliberately its scenes come together. Elliot and Dogs are two dudes far more indifferent to the alien virus, horrible monsters, and strange floating fairy creature than they are to christmas shopping prospects, baths, and the affection of the one other character in the game. The voice actors seem well aware of exactly what they’re dealing with, but I don’t know if the script writers or localization team did. The end result is a strange, magical adventure which could not have come out of anywhere other than a mid-budget Japanese game in the late 90s. It’s one of my favorite games I’ve played for this feature, and if not for the next game from this studio, it might be *the* favorite.

Category: I played it for a charity stream

Time Played: 8.5 hours according to Steam

Will I play it again? Please no

In 2015 a proof-of-concept video showing off a fan remake of Resident Evil 2 in Unreal Engine 4 hit the youtubes. Like a lot of proof-of-concept videos showing off fan remakes in the Unreal Engine, it gives off a lot of earnest-but-rough “Nintendo, hire this man” vibes. It was 2015 however, so the video elicited a decent amount of buzz from long-suffering Resident Evil fans. Unsurprisingly, it also elicited a friendly tap on the shoulder from Capcom. Like, genuinely, as far as Cease and Desists go it was maybe the friendliest C&D you could possibly have. Members of Invader Studios were flown out to Capcom HQ, where they chatted with some developers, got some tips, and generally had a positive experience. Emboldened, they announced publicly they were moving the project in another direction, with their own original IP. A few years, one failed kickstarter, and some publishing deals (with the people who made Hatred!) later, Daymare 1998 came out. And then a few years after that, I played it for a charity stream.

To use a Caravella-ism, “Video Games are hard to make,” and that is even more true when it’s a small independent team working with a limited budget. It's with that nicety that I say Daymare 1998 might be one of the more miserable experiences I’ve had this year; short of Duke Nukem Forever. On paper, it’s a third person survival horror-ish shooty shoot with similar ideas to Capcom’s own modernized take on Resident Evil. Ok, so it’s a little more than that. It’s an awkward pastiche of other, better survival horror games and never aspires to be more. What’s the line between bad imitation and loving homage? To be glib, the answer is “one of them is good.” Nothing about Daymare 1998 feels good, but if it had any original ideas, I’d be willing to champion them in the name of eurojank. Instead, the one unique thing it has going for it is… realistic magazine management? If what you thought survival horror needed more of was manually putting bullets into a limited number of handgun magazines between every shootout, it has that. Does it have interesting puzzle design? Or interesting environments? Or a sense of pacing? N-no?

What it does have is maybe the strongest “fan fiction with the serial numbers filed off” energy possible. I’m talking Fifty Shades of Grey level of “they hit Control-F and changed the names” with some truly baffling storytelling told as confusingly as possible from three different perspectives. The specifics don’t matter, because there’s barely a plot until there’s too much of a plot, but one gets the impression someone in the development team was very proud of their lore bible. That’s nuts, because it’s literally just bootleg Biohazard in every aspect of its evil biotech corporations, wife guys, and special forces wearing gas masks. The non-native English voice actors awkwardly delivering dialogue written by non-native English speakers is a nice bonus, honestly. Rest assured that they got Leon S. Kennedy’s original RE 2 voice actor (Paul Haddad) for a bit of stunt casting right before he passed away, and his lines are just as awkward as everyone else's. At least this game delivered one of the single funniest flubbed lines I've seen this year.

If I haven’t made this abundantly clear, I don’t like this game at all. Even with the veritable mountain of caveats I’m willing to make for smaller games with their heart in the right place, this one is a real clunker. In a world where the modern Resident Evil games didn’t exist, I’d be willing to give it more of a pass, but not only is there a fantastic Resident Evil 2 remake (and a still pretty good RE3 remake), there are also multiple other examples of small indie teams making better survival horror games without just an endless string of references. I’m sorry, but when the $3, two hour indie game made by one dude in unity is the better modern survival horror, maybe there are other options. So basically, please look forward to my inevitable playthrough of Daymare 1994: Sandcastle whenever it comes out.

This should start at the correct portion of the stream, but if it doesn't it's at around 3:15:00

Next write up should come sooner.