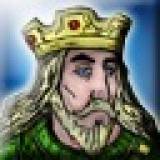 Win a free copy of Classicard.

In preparation for the indie game night on 24th september we are giving away a few copies of classicard in cooperation with xboxhornet.

We are proud to announce that Microsoft has chosen Classicard for the indie game night on September 24 and we the developers will try to be online as much as possible that evening so we hope to see you there.

Then I suggest you take a look at the Xbox LIVE Community Games Catalog or XNA Ratings.

This is probably the best card game available on the xbox 360 for the price.

For 200 points you can enjoy euchre, hearts, oh hell, spades, knockout whist or romanian whist solo or with your friends.

It’s a classic card game for up to four players over live or system link. Invite your friends and let them join while you play. Customize your game experience to fit your house rules. 99 unlockable awards. Nice graphics and effects.

Limited time 50% rebate so get it now!