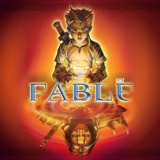 I felt nostalgic for a game that I didn't even like - Years later I fell in love with it.

Usually, you play a game, and if you love it, years later you may look back fondly on the time that you'd spent with it.

But what if love arrived late? What if it grew and fully formed by the time you were supposed to be feeling nostalgic about the game? What you have then is a weird experience and a special chance to love something for the first time while satisfying the yearning that is caused by nostalgia, all at the same time.

That happened to me with Dragon Age: Inquisition - specifically the Trespasser DLC. I'd often heard how the DLC was "actually good" and that it focused on story and lore (my favorite things about the series) and that it gave a proper end to the story. I made a mental note of that, thinking I might give it a shot in the future. At the time, I wasn't into Inquisition to care much.

But before that, what was my experience with Inquisition? I played it on launch. I didn't love it. I was kinda meh about it. I was still sour about them completely abandoning the trajectory set in Dragon Age: Origins, including the Grey Wardens - I absolutely loved that game. Inquisition wasn't bad, but that was almost because I expected it to be worse - my ideas and fears of "new Bioware" hanging around my head as I played it. Yes, they were realized in the unnecessary open world, MMO style fetch quests based gameplay, but I was satisfied by the effort put into the story. Not the story itself (meh) but the way it was told - the many characters, deep backstories, epic moments, cutscenes, music, choices... the Bioware stuff. At least they hadn't abandoned that.

The ending (post credits) left an impression on me though. The scene with Solas and Mythal. And the reason was very simple - it got into its lore and myths. I thought, wait this is cool - the freaking gods from their mythology are alive and planning stuff? What's going on? Suddenly the overarching story of Dragon Age had become interesting. It wasn't the trajectory that was abandoned in Origins, but it could still be something good.

Then, as I do with most games I play, I got the soundtrack. Years passed, and I forgot about the game, but I'd listen to the soundtrack often. That kept the connection alive, dormant in a way. I grew to love some of the tracks (The western approach, The lost temple) for how mysterious they sounded. I even got the Dragon Age 2 soundtrack (hated that game, and didn't finish it) and loved the music (Destiny of love, Fenris theme, Hawke family theme, Mage pride - Freaking unbelievable) and disliked that game a bit less. (Interesting how retrospectively appreciating a game was just discussed on the Beastcast this week too.)

Over the years, the soundtrack did something to my brain. I began to think of Inquisition fondly - a game that I didn't even like very much. Soon the soundtrack made new memories - of me working, tucked away in my room on cozy afternoons. Maybe the time when I extensively listened to the soundtrack was a very good time in my life. Soon, listening to the music reminded me of these new memories, of these new good times, and it changed my feelings towards Dragon Age: Inquisition - it became something I loved. I knew I didn't like the game, but I could stand a bit further away, squint my eyes and appreciate it for other reasons. I had to admit that I really liked the lore, that there really was something solid in it. I appreciated it this way for a couple of years, but eventually, I wanted to experience it again. To actually dive back into that world.

As stated before, the Trespasser DLC had already made me curious. I prepped and hyped myself for it by watching a few lore videos, and watching the videos proved that I really did love something here. Something about the mystery, the lore satisfied me in a way I hadn't felt for a couple of years.

Diving into Trespasser was a very strange experience, as I mentioned before. I was creating the experience that I had already felt nostalgic for, before the experience had existed - When we feel nostalgic for something, we usually look back fondly on something in the past that continuously gets further away from us. We can never go back. But this time, the timelines intersected and smashed together. Playing the game and listening to the music reminded me of my times with the soundtrack, which reminded me of the game, which looped back around to the present day. Seeing the wall paintings and statues of the Dread Wolf reawakened the questions, theories and mysteries that had grown in my mind over the years - and I knew an answer was finally coming. It felt like I'd turned back time, and was heading backwards - and not continuously further away. For once, a nostalgic yearning was actually satisfied.

As I always say, video games are freaking amazing. And as a dev myself, I dream of one day creating such experiences for others.

Oh, by the way, the ending to the DLC was freaking amazing. As epic, beautiful and in a way, tragic as I'd suspected it to be. Thankfully, the upcoming story seems to be entirely based around my favorite stuff - the dragon age lore and myths. I cannot wait for Dragon Age 4! Until then, I'll be listening to the soundtrack ;)

Blogs Created:
60 blogs
Most Commented blog:
I'm getting pissed and tired of the world
Total Comments on blogs:
1235 comments