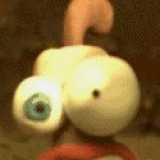 Bientôt l'été is the name of the game.

Since no one gave any impressions, might as well. "Finished" it or at least got far enough to where it loops back on itself. 5-6 hours. I was a big fan of their previous game,The Path, as a cool experiment in getting lost as a mechanic and the subversion of the Red Riding Hood mythos with the multiple girls in red who have their own "wolves" that they lose their innocence with.

This game straight up tells you what kind of mindset you should go in with:

It’s a 3rd person adventure game reminiscent of Facade with the dysfunctional dating sim/text adventure angle and the recent Proteus with the sped up day/night cycle and exploring an abstract island. A movie comparison would be Solaris where you're actually in a holodeck simulator in space trying to find out what happened to the relationship with your partner (who can be a real person ala Journey/Demon's Souls or a bot) so you're dumped on a beach simulator.

The incredibly gorgeous visuals and unique mechanics kept me going. Trying to figure out the mechanics and gameplay loop was interesting in itself. You have to encounter around 16 Apparitions to get the endgame of a unique item rather than the typical chess piece that might explain what happened.

Basically, there are 3 parts to the gameplay loop. You look for an object on the beach or “Apparition” by closing your eyes to bring up a grid vision and check it out for a mini-cutscene. A chess piece will fall from the sky, which you will pick up. You then walk along the beach and have to bring out the “poetry of the waves” where the waves dump out phrases that you remember for using as responses to your partner on the chessboard.

Finally, you head to the house where you give responses to your significant other through the chess pieces being planted down onto the board. This is where 2-player multiplayer comes in where a real person can be on the other side that works like Journey/Demon’s Souls. I didn’t get a connection, so I just used a bot. You use the phrases as verbal sparring. Rinse and repeat, and then I guess come up with an interpretation of what's going on.

Pretty much bought this game over the weekend and finished it (35 hours!) in catch-up to the sequel. Played it completely solo, just for kicks and it's totally playable. Did Mordecai, and being a sniper (I hardly play one in other games) with the Bloodwing was great fun. A lot of it is basically what RAGE should've been.

I liked it, it's an awesome foundation, but I have quite a bit of nitpicks. I really liked the shooting, headshots feel great, dismemberment in any FPS gets bonus points. It definitely has that "one more quest" feeling, I just want to complete quests just because of the UI presentation with the sound effects and parade, very satisfying. Definitely getting into loot games now (Too Human was my first proper one, believe it or not). I'll start with the negatives, and then leave on a good note.

How do people hate on Far Cry 2 for the respawning guard posts, and not this game?! You could be even in the same area like Old Haven, and as day/night cycle changes or if you're near a save-point enemies just keep on respawning. I guess that's a part of a way of farming in loot games?

The fast travel system needs to be singled out for how awful it was paced. Took me maybe 10 hours when I'm at New Haven?! Especially for such a barren world where there's not much visually interesting, and not enough cool random moments like AI vs AI (Bandits vs Skags/Scythid/Spiderants, Lance vs Bandits, Lance vs Guardians), it felt really tedious with the back-tracking. I guess not every game can be STALKER.

I didn't appreciate every female being referred to a "bitch", especially after the FilmCritHulk article on Catwoman still on my mind.

Yes, the ending is pretty bad, it was getting interesting with the Guardians and the Crimson Lance (now I felt bad for the bandits), and then it's a tedious end boss battle. Everything after Salt Flats where you're stuck on this linear course because there are no other missions in the other towns was just a downhill course. What's worse about the ending is NO ONE FUCKING ACKNOWLEDGES IT HAPPENED! I hate this in some RPGs where the world just isn't reactive to your progress. Maybe the DLCs do this.

Now some significant PC problems. It's not a good port, I hate not being able to mouse scroll through a lot of stuff, especially graphics options. Music would be mute during the splash screens when the game booted up. I was getting framerate drops whenever the day/night cycle changed, maybe just my laptop. I was constantly getting stuck on geometry, was I the only one?! I'd get stuck if I was sprinting and went into menus, came out and was glued to the floor.

It's severely underwritten! There were like 8 writers in the credits, including Randy Pitchford. I want more dialogue, most of the characters mumble a bit, the rest is just written as descriptions as if we're a 90s RPG. TK Baha's fate was a shock to the system, really gave that bleak post-apocalyptic western feeling. I love the enemy chatter ("Time to pound some meat puppets!") and how they threaten you if you're just far enough, telling you to back away.

It's just that one layer of AI that makes it feel more alive.

The only character we got fully voiced is Claptrap, and that's great but I want more. I really like all the characters, Crazy Earl is my fave and with his ridiculously cute pet!

Indie Games I can't wait for!

What with the quality of indie games being so high these past few years, and how great Steam is for distributing them, I've gone full bore into the indie gaming scene. This seems to be one of the only places where you'll find new IPs. This is where all the innovation and most exciting games are, whose mechanics and concepts will then be copied into the bigger games. There are as many genres and art styles in the indie scene as there are in the AAA market, but the most popular seems to be 2D puzzle platformers and pixel art.

I love discovering indie games through the IGF, indieDB, RockPaperShotgun, and other channels. I love doing Wiki's for them. I love following the developers. Any genre that has been neglected as of late, there's bound to be an indie game for it e.g. survival horror with Amnesia (and soon familiar horror adventure games like Shadow of a Soul or Tower 22), tactical shooters with Frozen Synapse, and then the controversial inclusion of experimental "art" games (which I've grown to love since Don't Look Back by VVVVVV creator, Terry Cavanagh).

Indie Games I CANT WAIT FOR