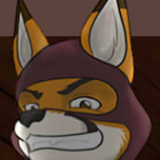 To cut to the quick, I've been wanting to see where I can save money in my phone bill. Currently I have a Verizon data plan that gives me 4gigs each month. Got this grandfathered from when I got the contract years ago as the price I'm paying now, they would only offer 2gigs monthly. Last time I spoke with somebody from Verizon, my bill is the least expensive data plan they offer. Which sucks because they charge me $115 a month for it. One of the main reasons I have Verizon is mostly because of the coverage in my area. Verizon has good signals out in Northwest Ohio where I live and those I've seen with AT&T phones here get jack for signals. Though I've yet to hear anyone with T-Mobile or Sprint has to say about using their phones here.

One option I've considered is getting a prepaid phone. However if you've seen Verizon's offers for pre-paid phones they rip you off. Not even giving you a gig of data for 45 bucks a month. Straight Talk at least gives you 2 gigs for $45 monthly. So yeah I've considered Straight Talk, however I've heard some stories of dropped calls often and data speeds being highly erratic. I do enjoy having internet anywhere I go but I am conservative with it. I always use WiFi when I have the option. If anything I use data the most when I need to use my phone of GPS which I rely on a lot when I travel and need directions.

I'm curious if instead of getting a prepaid smart phone, if I should go to another carrier? Maybe I can save money and still get decent service in Northwest Ohio as opposed to something pre paid. Any advice? Thoughts? Just I really would like to save some money on my phone bill, but I still want something I can rely on for GPS needs.

As the title suggest I'm rather curious why I have no option of purchasing the KH sound track in English. Hell even on YouTube a lot of videos that have certain songs like the theme from KH2 Sanctuary (or Passion) they get taken down or muted for copy wright reasons. And I totally get that. So why can't I just buy the English versions on iTunes perhaps? I mean Utada has her Japanese albums on there but... I just want the English versions. That's not much to ask right?

I know some would simply say they just didn't want to release it but it's like I can't even listen to Sanctuary in English unless I play KH2. Like seriously I have no other alternative to hearing that song legit. Was there something I missed? Some legal battle, dispute, or something stupid that went down that I just never heard of?

Just sucks super hard when I'm willing to pay money to buy the song or hell even the whole album yet everyone involved with making the damn thing says no. Thoughts?

Want to improve WiiU Sales? Put in compatibility to play DS and 3DS games on that thing. Tell me that wouldn't sell.

Aside from the obvious factor of money, to me it boils down to what games are going to be available on your console of choice. When it comes to any newly released console, a good rule of thumb is to wait 6 months after release. After that amount of time there should be more than enough games that would warrant purchasing a new box to play them on.

So here's something I thought might be a little fun for the forum. Basically how this works is that you'll see a game title suggested in the very last post and you have to say one positive thing and one negative thing about it. After that you give the title of the next game you want the person after you to comment on.

I will say while the positive and negative comments can be brief I'd prefer that people don't simply post "This game sucks" or "It's just Awesome". Just don't be vague.

+ Great fan service with call backs and homages to Generation 1

and finally I'll give a game title that I'll want the person after me to post one negative and one positive comment about to start this ball a rolling!

The many protagonists of the the GTA series have always left something of an impression on those that play them. Regardless of who that character is though they all have something in common. They are monsters. Some of us might feel sympathy for them yes but that doesn't change the simple fact that many of these characters be it Tommy, CJ, Niko, or Huang they are still deranged and at times pretty despicable people. Bottom line none of these guys are role models and they are not meant to be. That's probably what makes us like them. They are criminals and they don't give a fuck. They are characters that aren't doing what they do in these games for some greater good but for their own selfish needs and I love it.

But over time I feel like I'm seeing the same criminal regardless of who they are, where they are from, their ethnicity, etc. No matter whose shoes I'm walking in the shoe is still the same size and feels too familiar. Recently I read a piece on Gamasutra about how it feels playing GTA V and the characters you are cast as. Don't get me wrong I like GTA V and I think it's very well put together as a great game. But I think looking forward at the future of the series I think maybe, just maybe... Rockstar could have a woman take up the lead role. I think it'd give the series a great new perspective. A fresh pair of eyes to see GTA's world from. Best of all... a new kind of monster to unleash on the hapless city and it's virtual people.

One of the things I enjoyed seeing in the Saint's Row series was seeing a woman causing all kinds of havoc and destruction. Seeing her being just as maniacal about the chaos she caused on whatever rampage I made her go on. Granted though, being that SR as a series has to account for multiple combinations of custom characters in a game's design you can really only add so much character in writing and dialog when trying to tell a story. Imagine if you could tell that story from the ground up with a more defined character. That's what GTA could do with a female lead. She'd have more of an identity. Least that's my opinion.

What do you folks think? Would you enjoy playing GTA as a woman? Do you think people would finally accept it?

@mosespippy: Crap! I did forget about China Town Wars. My apologies.

Hey folks, posted my first review on here and was wondering if I could get some constructive criticism on what I could improve in the hopes of being a better writer. So no BS comments simply saying that this sucks or anything. Be CONSTRUCTIVE!

I remember back in February when he retweeted an image I capture on my Tv when I was watching a live stream and it froze at this precise moment. I'll miss you Ryan.