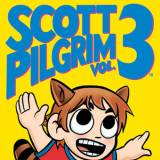 First, I'm not a fighting game player. Essentially a scrub for sure, but I do enjoy battling my way through the story mode of certain fighting games when I've been able to afford them.

Soul Cal 1 and 2, BlazBlue, a few Guilty Gear games and a few old Street Fighter games (Can't even tell you how many times I played the SF-II Game Boy version as a kid).

I've always found playing on 'Normal' to be just right for me. I find it slightly challenging about mid-way and the difficulty rises accordingly towards the end, no problem. That's how you learn a few little tricks and beat it. I always figured 'Hard' or 'Insane' modes were for real fighting game players and tournie players. (And of course Easy mode or Super Easy would be for people just fiddling around or your kid brother, you know?)

But with Skullgirls, I really feel shit on. I hate to say it, because I absolutely love the art (I swear someone told me Paul Robertson helped on this, but I guess not?) and love how the story looks, the mechanics look great, the menu and vibe look great to me.

My wife, an avid gamer herself, plops on the couch and gives me a heads up from the other room that she's going to buy Skullgirls. I say great, she'll play through some of the stories and when I've got time I'll do the same. Ten minutes later I hear her getting absolutely frustrated and I'm thinking 'The hell? My wife is at least 3/4ths as good as I am at fighters, she's played most of the same games. I know she's beat Soul Cal 2 with every character and then some'. So I go check on her and ask what's up. She says she tried hitting up Normal mode and was essentially demolished. So she thought she'd check out the tutorial and get some of the basics down better and find the move-list. (We both found the 'Up, right right' dash to be strangely unresponsive in the tutorial and that's what she was getting frustrated at). So she hands me the controller and asks me to try out Normal mode. Big fucking mistake. I've never felt so -bad- at something, like I'm at a Fighting Game tournament and someone told me I'm magically entered for no reason.

Normal Mode? Not a fucking chance, I was blasted away in seconds.

All right, fine, I'll try easy. I've never had to go on easy mode in any other game, but sure, I'll go and check it out to retain some slight dignity. Fine.

Nope. I'm smashed again, but this time I got 2 hits off! The hell? Easy Mode. You know, that mode you put it on for your cousin or little brother who has been bugging you to play, because he's over for the weekend and has been staring at your wife's cleavage just a little too much, so you let him amuse himself with that a little while instead. (The game, not my wife's cleavage.)

Fine. I feel like a child at this point, but fine. I will go try SLEEPWALK mode. The mode they claimed straight to Giant Bomb in a Quick Look, was for people who 'just wanted to breeze through the game and experience the story'. So after a couple rounds I'm feeling a little better, I'm actually winning and only being brought to half health. But then yet again, I get to about the 4th and I die about 3 times. It's a lot closer, but I just cave at this point. Why is this AI so damn difficult, even on the 'Breezy walk through the park' difficulty? I can't even fathom the testing crew they had on this game. A bunch of tournament players or what? You can't tell me some kid they brought in was just like 'yep, yep, games great, just the right amount of challenge!'. I just can't fathom this.

Of course, I still love the art and I'm still happy I purchased the game, because I'm assuming (or hoping?) that they'll patch it sometime and we'll have a more balanced experience. But come on folks, you can't just say 'oh, it's not that hard' after listing off what you're doing, because you're clearly a person who plays a lot of fighting games.

I'm usually an advocate for the 'Well, it's in this price range' type argument, but that just doesn't cut it (Not for this game and really, not this day and age either.) Maybe things like Steam sales and the far better prices of games these days have spoiled me. But it's not an indie game, it's a full fledged game. I expect some things out of a game of this quality.

Much of that being, I'm an 'extras' whore. Move-lists and junk aside, where's my galleries of Concept art and cutscenes, where's my training stage where I can just fuck around with an AI that I dictate in various ways. (To be fair though, there may be extras and cut-scenes unlocked when you actually beat a story or something, I have no idea.)

I'm down to the rambling point, but I really hope this is patched -before- a price drop, because then I'd just feel dumb for buying it and having to wait for that patch, when I could have waited and bought it for less that.

I understand that Jeff, Ryan and the gang have said nothing is going to change, but come on. A Virtual Set? These dudes sitting on a couch with a real brick wall is what makes coming here worth it for me, it always feels like being back in your parent's basement. I'm hoping this doesn't feel so wrong after a couple weeks.

To the people saying that PSN is free, it's not.  We paid for it in the higher purchase price of a PS3 v. an xbox.  Instead of paying a weekly/monthly/annual fee, we paid the present value of that fee.  In any case, it is incredibly easy to cater to 77mm people... offer the free stuff but them offer some good sales.  PSN hasn't had a good sale in ages.  XBLA weekly deals are sometimes good, sometimes meh, but it's always better than the slop PSN offers up... so quit-yer-bitchin' about quitin' bichin'

Uh, what?  I'm sorry, you meant you paid for
WIRELESS
BLU-RAY PLAYER
When X-Box was still trying to market a SEPARATE wireless adapter and HD-DVD player.

Friggin' hell. Ever notice how, no matter what people get, they think the world owes them something?
I'm gonna be so happy to grab 3 of these games. Free. No friggin' charge.

I don't for the life of me, understand why people are bashing Playstation/Sony over this. I don't get it in the least.
They had a hacker. Someone who should be blamed, break in.
So in response, Sony has some downtime. To, you know, try and keep you bloody safe. To upgrade their systems to try and please you.

Aww, whaaa, you didn't get to play Black Ops for a few weeks? Go outside or read a book, if you REAAAALLY can't play single player games ever. I had a blast playing a bunch of single player titles from PS2/PS3 that I hadn't even bothered to before.
And now? They're giving everyone a free month of PS-Plus, an extra month for those who had it before.

AND free games. Free games that many people did not have. Wow, I'm actually impressed. And yet, you all whine. Spoiled friggin' brats, all of you whiners.
Bring me back to the day of sitting around, playing SNES with my buddies, any day. No online? No problem. I've got choices and so do you.

So basically, I messed up on three out of four of my Quiz submissions I just did. I'm half asleep and forgot to click on the correct answers, and now they're wrong. I know there's no way to edit them, but is there any way to delete them?

It looks completely awesome. The Art Director, Paul Robertson is a huge asset to this, if you've ever seen Pirate Baby Cabana or played the Hikkikomori RPG, you'll understand. I for one, am jumping for joy at this game, and I hope there's plenty of support from Ubisoft for it. (I mean, extra DLC further down, etc)

To be honest, I'm a little confused at some quests. Where it's like "This person blah blah" do I go find an article pertaining to him, or what? Cause I can't find an answer box or anything.

Yeah, I know it's probably something painfully obvious.