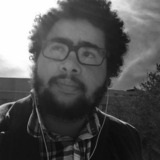 More on Race, The Witcher, and How to Move Forward

SO: I originally made this post in the forums but the spam-bot saw all my damned links and automatically banned me, which I think disappeared the blog post from the forums, too? I'm not sure. Anyway, I decided to just post this in a NEW blog post so that we could see it all at once. For those just tuning in, this is a response to some of the comments on my post from earlier today on The Witcher 3 and race. I'm linking this post in the Witcher 3 forums because it is an extension of that previous conversation. ANYWAY:

Still don't have a ton of free time right now, but I've been doing my best to keep up with the comments here. First, thanks to those of you debating civilly and smartly. Really love seeing that discourse, and I especially love seeing people hammer out the nuances of their own understandings and beliefs (even when they're not the same as mine! What can I say, it's the teacher in me, I guess.)

Second, I said this on Twitter already, but I'll say it here too: Thanks again for the folks who have brought in up to date demographics data on Poland, and to those who have provided sourced historical arguments (regardless of which case you're arguing.) I wrote this post in about 15 minutes (while waiting around for a ride to finally go get an desk chair for my apartment, yay), and knew I wouldn't have time to do the sorta research I wanted to. Still, I wanted to force myself to address the existence of a Slavic history of racialization and ethnic grouping. I meant it when I said that "This is super complicated," and I don't think you have to look any further than these very comments to see that. Some of the counter arguments to my line of critique are "Poland is almost entirely white." Yet, some different counter arguments to this post include some version of "Wait, since when are Slavic peoples white?", referencing a long history of Othering and oppression that the people in this region suffered from other European powers. So, having updated numbers on this stuff helps--though as one poster noted, the discrepancy isn't so big as to fully undermine the argument.

Third, I've seen a lot of folks throwing shade at the final few paragraphs of my post as "building a strawman," or reading those grafs as me arguing that if you disagree with me that "you're racist." To some degree, I can see where that read of those sentences comes from, so I don't want to dismiss that complaint full stop by saying "That's not what I meant!" I'm also not really interested in "walking back" anything I said here. But I am happy to clarify a bit.

So, the most contentious passage, I think, is this:

And some fans want to lay on a sword over this. And whether its intentional or not, when those fans say “Why should they include a person of color?” it ends up sounding a lot like “I’m glad they didn’t include people of color. It was right of them not to. The game would be ruined otherwise.”

The confusion in my writing centers around this pivot from "what is said" to what "it ends up sounding a lot like." If this had been a real piece, something I'd worked on for a week or more, I would've reworked this whole graf to focus in on what I'm getting at there in a more precise way. So, what I mean when I say "...it ends up sounding a lot like..." is something like this:

Given the long history of racial oppression, of the dismissal of criticism (polite and otherwise), and of cultural gatekeeping, when those fans of The Witcher say "Why should they include a person of color?" it makes me feel like that person, whatever their heart or intentions or politics, is not interested in pushing back against that history. I'm not making a claim about them here, I'm making a claim about how this reaction makes me feel. When the conversation starts at "Justify for me why people of color should be included in my media," I know, deep and suddenly, that this is a losing fight. This is why I cringe when (in this very thread) I read that the inclusion of people of color in Dragon Age: Inquisition felt "unnatural" to a player. It is a sharp reminder that my experiences and feelings of exclusion (which are shared by many) will, by some, continue to be coded as irrational, emotional, and a billion other words that orbit around "unnatural," instead of being addressed directly.

(This is also just a clutch moment to link Jay Smooth's classic "'You are a racist' vs 'What you said was racist'" video.)

Fourth and finally, there are a couple of recent posts asking "is the inclusion of skin color really enough?" (And you can toss in the posts I saw that were something like "Race doesn't really exist, anyway, so why do you care about skin color?" for good measure).

The answer here, again is that it's complicated. Or at least, it can be.

The short answer, which I gave on an episode of Justice Points a few months ago, is that when I play games like Freedom Wars I'm really, deeply happy that I get to play a black anime #teen, but that I also wanna play a game that speaks to an experience of blackness the way Kendrick Lamar's good Kid, m.A.A.d city does, one day.

Race, as some argued, "does not really exist." But that's only true if what you mean is "race doesn't exist physically/biologically." But it does exist socially, historically, and culturally. And often, it is made to exist. (Instructive and straight forward here is Herman Goring, Nazi Officer, stating plainly "I decide who is a Jew." I'm also partial to the work of Ali Behdad, whose academic work examines how Western European photographers helped to "create" the mysterious and exotic version of North African, Middle Eastern, and South Asian races in the cultural zeitgeist of the west.) And once racialization occurs, once a group of folks is set aside and told, "Oh, y'all are X, okay? I don't care that five years ago you were Y and you were Z, now you're both X," well, that process eventually leads to a real, lived culture and experience of race. (And this is why, for the record, I wanted to make sure not to easily group the Slavic cultures of Europe with the "White People" full stop--I know that Europe's own history is messy and interesting and brutal and beautiful, too.)

So yes, I'm black. No, that doesn't mean that I think I have any special, physical traits given to me by my blackness. But it does mean that there are people in the world who do believe that, and that is inescapable. And it means that I have lots of--not all, but lots of--experiences in common with other black Americans, and marginalized groups in general, too. (There was, for a long time, a cultural closeness between Black and Jewish populations in America built on that commonality.) But "blackness" will always expand beyond whatever cataloging I can do. Because race is a social construct and not a reflection of innate, physical reality, its boundaries are deeply porous and flexible and its shape is unfixed. This is a beautiful thing. And it's why I can smile both when I get to make a black anime teen in Freedom Wars and why I can hope against hope that some day we'll get the Kendrick Lamar of video games.

So no, a few Zerrikanian traders or merchants or alchemists wouldn't fix the problems games have with race, but no single game will ever do that, in the same way that no single film solved the problem of representation in Hollywood cinema. But each time a dev takes a moment to think about how diversity might fit into their game--or, no, better: how it might have always been there, ready to be uncovered, ready to make their worlds feel more alive, more real--they add a brick to a wall of overall improvement. And sometimes that brick looks like a few brown faces in a crowd. Sometimes it looks like character creation. Sometimes it looks like a bi-racial lead character whose racial background is identifiable, but not directly addressed and sometimes it's a game that tackles the racial identity of its characters directly. It's all of these things and more, and none of them are perfect, and none of them can do it alone. How could they?

There is no silver bullet, no grand plan for creating diversity in games. There's lots of little steps that we can applaud, and that we can remind developers that they have access to. We do this constantly with other bits of games (Oh my god, please put the Nemesis System, or something like it, in a bunch of other games by this time next year, thanks). Why not also do it here? And if the answer is "Because this isn't as interesting or valuable or meaningful as X game feature," well, it is to me, so I'm gonna keep writing this stuff.

(And hey, side note: To folks saying that I'm "commenting on the hot topic of the week," I've been writing about race and games now for a long while. Most of it is available here. Start with the Animal Crossing piece at the bottom, if you're interested.)

Anyway, it's late and I need to get back to work. I'll keep peaking into the convo, because like I said, I really love seeing everyone work out their own positions--even those of you I disagree with. So keep it civil and keep the good info coming.

And believe me, this will not be the last time I talk race on Giant Bomb. And maybe next time you'll get more than a blog post.