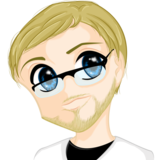 Hey guys, Avaren Dias here. Former longtime member of Kite Co. Space Trucking (RIP) and currently a something in some other corp. Also longtime GB fan, of course. Started playing eve because of the Iceland videos, and it just kinda stuck.

You may know already that the GB Corp in eve is basically dead, due to many factors. However there is an in-game channel named "giantbombing" that duders still hang out in. If you're new to eve, hop in and holler at us! If you're not, come by and shittalk with the best of em. A bunch of us still play, and we'd love to chat to duders in our favorite game :D

(shameless plug, if you're interested in eve but don't play, check my stream out at www.twitch.tv/avaren)

@daveyo520: THat wasn't our original home, just some station in Fade I had the opportunity to name after Horde captured it. Kite Co is mothballed, the members are in mostly Dreddit, a couple in Horde.

@belegorm: Yep! click the little chat bubble icon above your chat window, and type giantbombing and then click join. I'll be in there in about an hour or two when I get home from work.

@yothatlimp: Dreddit or Pandemic Horde are the two that most Kite Co guys have joined, they both allow quick entry to fight against the Imperium if that's what you're after. I believe you can join Karmafleet if you want to fight on the "bad guys" side.

@belegorm: If you are having any trouble in game, make sure to ask questions in giantbombing and feel free to hit me up personally for Horde related questions/problems/struggles etc. I am Avaren Dias in game.

@brackynews: holy fuck I can't believe i forgot the uni. I spent time there, and it's fantastic; especially for those who enjoy a little more structure to their journey. Sorry man. Thanks for the writeup!

@nentisys:I disagree with most of what you've said, but I respect your opinion.

Well guess i picked a bad time to get back in

A load of us are still playing, and you can certainly get help from us in the channel. You can also join a corp with us if you'd like to! Unfortunately it just didn't make sense to have a giantbomb corp specifically anymore :(

@powerlyne: You can join Dreddit with the most kite co folks, or any other number of choices and still chat/play with us in the giantbombing channel ingame!