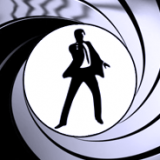 I didn't watch the special and have almost no interest in watching the new G4. In a way, I'm similar to many here, but on the opposite side of the coin. I loved G4 before the TechTV merger. To me, it was TechTV that ruined G4. So if it's more of the post merger style programming, then yeah, I'm out.

The PSVR is certainly not perfect (I've tested a PSVR game), but playing a game with motion controls while sitting behind a desk with a large mic in front of you is not doing it any favors.

Fumbling with motion controls can definitely be funny, but when their set up makes it nearly impossible to do anything in the game it does get a little frustrating to watch after a while.

I have nothing but love for Abby and Vinny and this series, and I know the studio is very small, but I really wish/hope they can find a better set up. They got half way there using the lavalier mic last time and changing the background color also helped.

[Edit] Ok, it got better after they switched to the Move controllers.

And as for VR or not, I enjoy the series either way.

Thanks for the feature!

Great stuff by the others as well (and as always)!

@janman@unastrike: Hey guys, offering some feedback here, echoing some other comments above.

As others have said, yelling aside, the mics were real hot in this (especially the one Ben and later Rorie were using on the couch). For me, and it sounds like for others as well, the general audio coming out of GB West (specifically live shows) has been very loud for several months now. Not sure when it started, but late last year. This is also just in comparison to East's videos.

Above is a comparison of my "comfortable listening volume" from the two studios (in this case from this Friday's shows), only changing the player volume with no change to my system. Other past videos fluctuate slightly, but this is generally where they are now.

To be clear, this is the only real "complaint" I have; you guys are doing a great job otherwise.

Awesome stuff as always! Thanks for including my logo!

Just curious whether it ever gets solved or not, but as of the "alley way cats" conversation, are they thinking of Top Cat? I loved Top Cat.

I don't like tooting my own horn, but I made the image that ran in the Blue Bombin' pre-stream.

Hitduder was amazing! Great job to all involved with Giant ROM!

Hah, they mentioned the thing I made! Here's the image for those wondering. Don't know who put it in the elevator though.

Managed to get one more done, and it's animated! Poking a little fun at Ubi's teaser with this one.