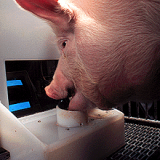 It's fascinating to see what gets worked out without some of the big picture principles first (particle physics, law of conservation of energy, path of least resistance and electron flow, electromagnetism, etc.).

FWIW we had a lot of harebrained ideas about what electricity could be and what caused it until about 200-300 years ago. And even then, we have good hunches until it gets fully experimented or proven a century or more later.

Evolution was the same way. Darwin and Alfred Russell Wallace proposed the theory of evolution through natural selection, which stood up to scrutiny in the big picture but the actual mechanism wasn't fully understood until genetic science filled in the gap decades later.

I can also say that TIL more about battery oxidation.

As someone who hadn't heared of 2M2LN until this show, I really dug it. It helps that it does my soul good to trash on Weezer and especially Rivers Cuomo.

Nothing goes together like cutesy voxel graphics and casual racism.

The brain melting part about Cole being a who cares self-insert protagonist is that MK already had one in the form of Shujinko.

I've accepted my fate as someone who knows this much about Mortal Kombat.

Some racist games for the Atari Lynx is what I'm gathering from this.

P.S. The jump noise is Catch 'Em is very good.

The Fuck Shop is the best realization of 2 Live Crew. Let's sample Van Halen and GNR to make a goofy party rap record about a brothel.

It's very funny to think about all the rustled feathers over 2 Live Crew and then actually listen to all of As Nasty As They Wanna Be now. It's such a one-note novelty record made to make 14 year olds go "OMG he said the sex thing" over and over. Jeff is absolutely right.