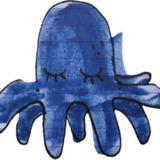 The VO and dialogue I'm seeing from this is reminding me of all those cheap terrible foreign animated films that are all over the kid's sections of streaming services, with d-list actors doing the voices for a payday. I think it's the bad jokes, the awkward pacing of the dialogue, VO that sounds like untrained ESL instead of voice actors doing accents, and then all of that combined with trying to break the fourth wall. It's a mess.

I would love to see more of this as a non 6 Crazy Frights play date if more of the crew are interested in playing with the way they originally designed the communication features.

This seems like it has something to it compared to the “wander around waiting for jump scares” that most spooky games end up being.

I was dying at the pervy scratch minigame.

After all the time spent talking about chair recommendations, I guess this is the first time I'm noticing that Vinny and Alex have racing style chairs now too.

Nancy Drew sure takes a lot of head trauma.

Wow, you sure murdered that teenager in broad daylight.

There are a lot of things being discussed in this comments section, and I don't have a good opinion on that, but I do have this to say:

Abby, you gotta shoot the limbs and dangly parts. It's, like, it's how they designed the combat.

Abby's style of playing action-horror games is an amazing test case for if a game is playable when the player sprints and brute forces their way through every system you've made.

To be clear, this is not a negative. It's very fun to watch.

You said you skim the comments so

Jan, I beg you, for the sake of your own enjoyment of exploring the gross, weird world of Bloodborne, no more mad sprints through new areas, especially without going back to actually explore. It always ends up with you losing your stuff and getting more overwhelmed than need be, and causing you to be in an endless state of barely scraping by on vials and bullets. I think there's a specific type of deranged enjoyment people get from watching someone "suffer" through a From Software game for the first time, but, this ain't that kind of suffering. It could end up biting you in the butt because the difficulty and damage output of things in the game only goes up regardless of how strong you are. I say this because you did it in gatling-gun man area & snake forest area, and then never went back despite all the resources and upgrades and levels of blood echoes you might have found there, and now you might do it again with sideways face werewolf area.

Not trying to tell you some specific way you're supposed to play the game, which is quickly shouted down here in the comments, usually rightly so, but I do want you to have a chance to see the game, instead of nope-ing your way to the boss room and then being at a disadvantage because of it.

Oh, also, I'm enjoying your playthrough of BB a lot and I'll be here for as long as you want to stick with it.

8:36 PM Central, I'm guessing the video version still has some processing to do.