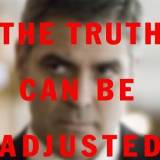 Things I can't stand entry 1: people who wait to clock in

You know these people they stand infront of the clock waiting for it to hit on the hour just to gain those few minutes. What makes it really bad is when they disrupt the work place like when I use to  work at babbage's/gamestop it would be busy as hell and these people would be like "sorry can't help you not on the clock  yet" makes me want to punch them in the face. So if your one of these people stop and think how stupid it is to stand and wait for the clock because those who wait for time, time will take it's time.

i picked up FIFA 10 today and so far i like it alot, its been a long time since i got a FIFA game (last one being 06 for the PS2) and 1st one on the current gen console.  the Virtul Pro mode is awesome and the game face thing is pretty bad ass.

Bungie day 09 was pretty fun, I like playing on the commuity maps, didn't get to play bungie but I knew that wasn't going to happen since everyone was playing in that play list, hope I did enough to unlock recon but I'm not holding my breath.
3 Comments

Today battlefield 1943 comes out on XBLA it's seems like a cool upadate to the 1st battlefield. I for one never got a chance to play 1942 because when that game came out my pc was garbge (my 1st  battlefield was 2 and I played alot of 2142) so I looking forward to this.
UPDATE: never mind game is busted killed all the fun for me!!!!!
5 Comments

I picked up Killing floor from Steam today and i must say its a whole lot of fun, i must have log about 4 hours or so on it and i want more, its like L4D in that's its a a CO-OP survival horror game but its up to 6 people instead of 4 and the whole stage is open and the Enemies come in waves getting harder as you go. All in all its a fun game for only $20 its a steal, here's a video of me playing.

i won the Go for broke street fighter 4 tournament!!!!! it went well i think besides one ass hole who was trying to piss on the whole thing (WHO WASNT EVEN IN THE DAMN TOURNAMENT) i like to thank Gambit for hosting the thing and all for great matches.

and heres the final match
8 Comments

The time is finally here STREET FIGHTER 4!!!!!!! come get some