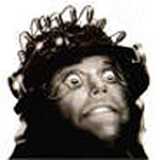 Links to useful stuff on this topic:

Just as several other Giant Bomb duders did last week, I converted the staff's personal top tens into a mathematical top ten list. Just for fun since it's as accurate and interesting as a Metacritic score (i.e. not very).

The maths behind it is dead simple, 10 points to a game for a #1 rank and all the way down to 1 point for a #10 rank from each of the personal top ten lists. Then add it all up and presto change-o you have a (highly unofficial) Giant Bomb GotY mathematical top ten.

Is this interesting in any way. I don't know.

Is this the real Giant Bomb top ten? Definitely not.

For the next step in the hunt for some sort of interesting data, I compared the mathematical top ten back against each of the staff's personal top tens, to see who was most "right" and "wrong" according to the mathematical hive mind of the Giant Bomb staff.

The results (personal vs. mathematical):

So, the higher the score, the more similar the person's personal top ten is compared to the mathematical top ten.

Again, this is NOT evidence of ANYTHING, but just a fun way to use statistics. The most "wrong" person according to this might just be the most "correct" person since he's just not conforming to anyone else. However you want to look at it, they are all correct in their own lists as it's their own lists, so don't start flame wars about something as silly as that :)

The only (kind of) meaningful and/or true thing to come out of this is that the person with the lowest score (i.e. Jeff) has the most unique taste compared to the rest of the staff. That together with Patrick as number two from the bottom, it seems to ring quite true from the discussions in the deliberation podcasts, and all-in-all not that surprising :)

For the final step I did the same as above, but in comparison with the official agreed upon Giant Bomb GotY top ten instead of the mathematical one.

This now gives you a range from 0 to -75. (As there aren't any ties on the official list.)

The results (personal vs. official):

So, the higher the score here, the more similar their personal list is towards the official top ten, compared with the mathematical list.

You might have thought Brad would have been the winner here with him being the only person having Dota 2 on his personal list, but since he grossly overshot the official rank of #7 the people not having it on the list at all was actually closer to the truth than Brad's #1 rank.

Is that the best way to compare this? Probably not, so take it as you may, but this is the magic of statistics at work. Fancy words and numbers presented in whatever way you please, to tell complete lies or truths.

Or maybe just nothing at all.