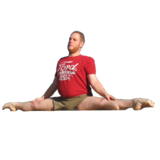 I accidentally made some duplicate character for Tilly Jackson and Sean MacGuire. Could you please delete them? Thanks!

For those of you that have missed all the new information has been released for Red Dead Redemption 2 over the last couple of days:

Rockstar recently showed several websites a hands-off 45 minute gameplay demo. While they weren't allowed to show any footage, they where allowed to give details and impressions of what they saw. (Bullet points and translations provided by http://gtaforums.com)

@humanity: Pretty much. That's why I said to no surprise. @jjbsterling: No details have been given by Rockstar yet. All they've said it that the game takes place in "America’s unforgiving heartland." However, it does look similar:

To no surprise, (At least to me) Rockstar Games announced today that Red Dead Redemption 2 has been delayed until Spring 2018. Rockstar also stated that more game details will be released this summer. Along with the delay announcement, Rockstar also released 7 new screenshots:

You can also subscribe to the podcast using an RSS feed reader, or the Sticher Radio app.

If you're willing to spend $10, (On sale from $20 until the 15th) you can purchase the premium version of 4k Video Downloader. (Download - purchase) You can then download all the videos that they have uploaded to the YouTube channel in just a few clicks. (Just simply copy the Giant Bomb YouTube channel URL, and paste it into the download tool) Unfortunately, that won't include Giant Bomb's premium content.

@yummylee: @rongalaxy: Here are GameSpot's Peter Brown and Danny O'Dwyer's impressions from the gameplay that they saw. (A little gameplay is shown)