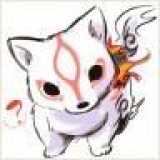 Fascinating! I guess I'm finally going to use Patreon!

It's a bit more than a single segment, but the stealth parts of Shadow of Rome are not that fun, especially when juxtaposed against the fun, brutal coliseum fights that compose the rest of the game.

Have you played VA-11 Hall-A or The Red Strings Club? They are games of the same ilk (even with drink serving mechanics!) but with actual good writing and characters. I felt the same way about Coffee Talk as you, could not finish it but liked a lot of the trappings.

My answer to your question would be Knights Contract on the 360; it's a bad character action game crossed with Neverdead and a game-long escort quest. The graphics are muddy, there is a ridiculous amount of screen tearing, some confusing level designs where I got lost a bunch, I could go on.

The core of the story is at least interesting - you are an immortal executioner and this witch Gretchen says she'll kill you if you help her beat up a bunch of evil witches. The way the gameplay works is that she has a health bar, your character doesn't, so you always have to keep an eye on her. She will fight a little on her own, but you can also equip her with spells and have her fire them off on command as well. If she gets low on health, you heal her by holding a button to pick her up...and then I would generally run around in circles to dodge enemies during that process. If your character takes too much damage, you lose body parts and become incapacitated - sometimes it's just your arms, sometimes everything but your head, but either way you have to mash a button for an extended period to get back in fighting form (during which time Gretchen is quite vulnerable)

The "why i am playing" is because I decided to look through my 360 games and play some that I had not touched. I actually finished games like Captain America (a surprisingly competent little superhero game) and Ninja Blade (which was like 60% quick-time events, but also some dumb breezy fun). I will normally stick with a game all the way through, even if it isn't great; sometimes it is a nice academic exercise that makes you appreciate good game design more.

BUT...I had to bail on Knights Contract about 2/3rds of the way through (after a dozen hours or so).

There's one boss fight that I attempted probably 40 times in a row, just sitting there for like 2 hours straight. You're on a super tiny piece of metal, suspended by chains over a pit of lava. This fight broke me and I gave up. There are a ridiculous amount of ways that the fight can instantly end, and you have to start over:

That last bullet point is a common thing between all the bosses in this game, and is insanely frustrating. I am not overestimating how quickly you have hit those QTEs to not fail! It was also at this point I did some googling about this fight (everyone agrees it is AWFUL) and learned that the button prompts are not randomized throughout the game...I probably should have looked up a guide with the buttons you gotta hit. But at this point I was too dejected to continue :(

Yesterday I went to actually purchase Ratchet Deadlocked, and had the store just pop up a "An error occurred" message when confirming the purchase (after I've selected my payment method – which I know works, because I bought another game a month or so ago before the closure announcements) over and over. So, I cannot even buy anything.

I had this happen just this morning and it was obnoxious. I tried a couple times and kept getting that same error. I then backed out of the PS3 store, loaded it back up (luckily it kept my couple items in the cart), and then I was able to get the purchase to go through.

And I'm in the same boat as you, I bought things a few months ago using that same payment method w/no issue, so I knew that wasn't it.

@bigsocrates: I can see Origin -> Felghana being a bit of a downgrade. It's still kind of wild to me how well a lot of the mechanics in Origin hold up.

The PSP remake of Oath in Felghana was the game that sent me down the rabbit hole of this series a decade or so ago, so I have a lot of love for that game and am probably a little more forgiving of its issues.

What's a good starting point for this series? Always been interested by it

I would recommend Ys 8, it's probably my overall favorite, and is in the Ys 7-9 period, which are the more modern, fully 3D games.

As for "old" Ys (aka the 2D sprite-based games), I think Ys Origin has the best game mechanics of the bunch, but I worry it might be a little too narrative-heavy for a starting point.

@bigsocrates: I’m just now realizing you also did that write up on Ys Origin that I also commented on, and I feel a bit silly. So obviously you have played it already :P

I have such a great affection for this series that apparently my brain stops working when I see discussion of it, haha.

If you haven't played Ys Origin yet, it is a great follow-up to going through Book I&II. You'll probably appreciate its interpretation of Darm Tower now that you've been through the confusing version, haha.

A+ writeup for a great game! I basically agreed with everything you had to say, top to bottom. It's kinda impressive how well this entry still holds up, and still has some of my favorite combat from the series as a whole. Did not know this was on Xbox - you're right that it's a bit of a weird aberration.

I will say that I think it is worth playing through the game with the third character, his combat style is pretty distinctive and fun, and that runthrough differs a bit with other bosses and more story and such.

You have to be willing to put up with things like an evil ring that you’re supposed to charge with demonic energy that instantly kills you if you’re wearing it when it gets charged.

Haha, I still don't know if I love or hate that bit, it definitely got me my first time through. I think I was annoyed when it happened, but thought it was clever in retrospect.

I just finished this game on Switch after picking it up on sale for 2 bucks a while back, and really felt the urge to write something up about it, but I think you did a better job here than I would have. It initially comes off as yet another unassuming precision platformer, but it really is so much more than that.

I was not expecting the single-minded work of an auteur, crammed full of everything possible (both in terms of gameplay mechanics & pop culture references) coupled with a surprisingly touching narrative. I think the comparison to Iconoclasts (which I also loved) is fairly apt.

A lot of the very British references went over my head, but I did appreciate things like the boss near the end that entails you trying to play Card Sharks while a giant brain shoots missiles at you.

I had never heard of this game, but it sounds right up my alley. (will definitely check it out) Good writeup! You definitely nailed something I agree with in terms of games trying to imitate Earthbound in this paragraph:

My love of Earthbound has taken me to a fair number of its imitators. One I remembered just now is Citizens of Earth, which crammed in tons of direct references while also just not being that fun. Slavish imitation of Earthbound’s surface-level identity is so misguided that it becomes ironic. The Mother trilogy is beloved decades later because its unapologetic weirdness was a unique trait in the dragon-slaying RPG landscape. There are enough SNES RPGs to fill a swimming pool, but Earthbound’s urban setting and quirky humor lead to an unmistakable identity.

It doesn't have the same visual style at all, but in terms of a modern RPG really & truly capturing what people liked about Earthbound, I honestly think Yakuza: Like A Dragon might have done the best job of it. It has all the same kind of weird charm and humor, and wrings a lot of joy and delight out of its transformation of a mundane, urban setting into imaginative role-playing through the eyes of the protagonist.