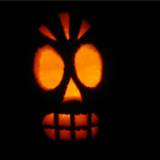 I think the Lutece's are really the key to understanding why this is happening. I do have a couple of ideas...

I think the whole thing is an experiment by those two, they want to stop Comstock, stop Columbia and save Elizabeth (ultimately, to prevent their own deaths) but the only person who can stop Comstock and save Elizabeth is Booker, due to his connection to both. This is a Booker who had his baby taken by Comstock and was not baptised after Wounded Knee.

I think Booker vs. Comstock is something which has happened a hundreds times before, they bring in different Bookers every time, and are recording the results, assessing why some events are changeable (Booking dying a Martyr) and some not (Heads or Tales part? The telegram from the Lutece's saying do not pick No 77). With every different Booker, there are somethings which always stay the same and some. But all of these other Bookers has never given them the result they want.

That's my idea about it anyway, really need a second play through try and corroborate more of this stuff

Both of the Transformer movies.