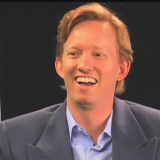 My game with Riot's own Phreak

After a long night of losing ranked 5s with my friends, something magical happened. We hit the loading screened and realized we were up against none other than Phreak himself, along with a few other Rioters. It was one of the most fun games I've ever had. I went mid against him as Morde (I won on kills, he had double my CS). Anyways, they were all super nice, and we won.