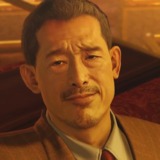 Hey BlackLagoon, would you say I have missed any big titles this year? Last game I bought for Vita was Danganronpa V3.

Just chiming in that I am also experiencing this on my Pixel 3. Good to see it is being looked into!

I have yet to read this entire post and I probably won't be able to provide much of a counter argument without revisiting it, but even if I'm biased because I really like the XIII trilogy (XIII-2 in particular is one of the best in the series), calling this the worst introduction in gaming history is some serious hyperbole.

The semantic argument behind subtitles being visual but under sound never even occurred to me as something that would come up here. I think this is the best response:

If games actually included "Language" as an option on menus then that would be best, but since they never do I didn't vote for it. Hopefully one day we get to the point where games ship with a healthy variety of languages supported.

If we are going to list games on other platforms despite OP saying he has an Xbox, my girlfriend would actually ask me to play The Last Guardian. Surprised it hasn't come up yet.

You guys, even if there is an issue with Pocket Casts at the moment the app is the best podcast app on either platform. Period. I have used it for years.

@Jeff nice write up. Except reading in the comments I've learned all you care about is the Persona 4 cast? You are going to need to play Persona 5 (if it's good).

I'm also looking forward to Tony Hawk and hopefully Skate. To through in a similar game, I want a new SSX on PS4.

I am going to be honest: I am not an experienced Giant Bomb fan like all of you guys are. I have only been listening since probably Fall of last year, and didn't start coming to the site until recently. The videos I have seen usually are taped by Ryan, and as a result I had never even had a face to attach to the guy (although seeing him now and hearing that he was the host of On The Spot brings back vague memories of my younger days).

All that said, he was clearly a delight to listen to on the show and to be around, and even though I don't have the story of how he has changed my life, I am going to miss hearing him on the podcast. 34 is just too young. RIP.

When I was 12/13, I "dated" a girl over a MMO. We talked a lot over chat, hung out in the game, even had a few phone calls. We did some video chats do, the ultimate resulting in me convincing her to take her top off. She was 16. If I remember correctly, our relationship ended with me spending less and less time both in-game and on windows messenger.

I didn't know any better at that age, I was really convinced I liked these people. I think I did though. We got married in-game, and I think I had like 3 of these relationships all within the same guild. It wasn't uncommon.

I'm now in College and I'm much more normal. I've had several relationships, including one that lasted a year and half. I was also on homecoming court. I say this so I don't look like a freak.

The MMO was Dofus, which I stand by as being a pretty awesome game.

Man, you guys' cynicism keeps me grounded. That said, if EA continues to make good decisions they could definitely win me back to buying their games. Lets hope that there are no ulterior motives at play here.