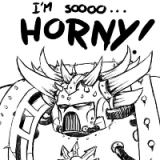 Do we need a new "Swordquest" type contest?

So I was watching AVGN on Justin.tv a few days ago, and the episode with  Swordquest. James (The Nerd) told the story of the franchise, how there were supposed to be 4 games.
So the thing about these games was that when you play them, you get clues to a riddle ( If you wish). If you were lucky to find the clues and figure out the sentence you mailed the answer to Atari. And if they picked you, you won. But what did you win you ask? This.
The person who won in the EarthWorld contest would recive - The Talisman of Penultimate Truth - 18k solid gold
The person who won in the FireWorld contest would recive - The Chalise of Light, made out of platinum and gold, studded with 65 diamonds in addition to rubies, sapphires, pearls, citrines, and green jade.
The person who won in the WaterWorld contest would recive - The Crown of Life - It was made of gold, encrusted with diamonds, rubies, sapphires, green tourmalines and aquamarines.
The person who won in the AirWorld contest would recive - The Philosopher's Stone - The Philosopher's Stone was a large piece of white jade encased in an 18K gold box featuring emeralds, rubies, diamonds, and citrines.
One winner was to be chosen from among the four individual game winners.  The prize was a jewel encrusted sword with an 18K gold handle and a silver blade, loaded with diamonds, emeralds, rubies, and sapphires. - The Sword of Ultimate Sorcery.

The Chalise was won, the Talisman aswell. The WaterWorld contest only started, but with the crash of 83 the contest never ended. And with AirWorld never released and no contest done, no one won the Philosopher's Stone. And the thing that everyone wanted, the sword, was also  never given away.

So rumors were that that a former owner of Atari, Jack Tramiel had the sword, along with the crown and the stone.

In the present days

So we come to the present days. As far as i know there were no such things after that. In my opinion the big companies can make something like this in the modern days. To peak the interest of gamers even more towards their games. They can put clues in their games, make gamers think, look ( We do it now looking for easter eggs, and what not). Just imagine it. I think that we need something like that. I'm not saying it has to be 18K gold, or diamonds or something like that.

Or is it just me?

To be honest If I were born back then I would've participated.

Seeing how 2010 is ending it seems normal to make a list of thing I really expect . The games won't be in any order, I will just list them and say few words why im excited bout them.

Diablo III - What's there to say the next game in the epic series. I don't there are many people not wainting for it.
Metal Gear Solid: Rising - I'm a fan of the series. Not a huge fan of  Raiden, but hey it's still Kojima and it's still MGS
Star Wars: The Old Republic - I've been a Star Wars fan ever since i watched the 4th movie.I've played all the games I could get my hands on, plus it's a MMO. I like MMOs
Portal 2 -  GLaDOS, Cake, Robots, Portals
Dragon Age 2 - Only thing that I can say bout it is that I will miss my Grey Warden Dwarf. I don't think i will like getting personal with the new character.
Bulletstorm - IT JUST SOUNDS EPIC
Shogun 2: Total War - Epic battles, ships, samurai, TOTAL WAR.
Batman: Arkham City - The Dark Knight is  back, nuff said.