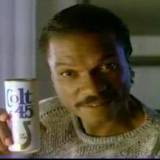 my balls and junk are ruined and faded trash.

Gears of War 2
-gear of war 2 is a shitty generic turd-person shooter. OH how original, you hide behind covers at shoot at aliens!! the graphics are brown and stupid too
ZERO OUT OF 5 STARS

Street Fighter IV
- street fighter 4, more like shit fighter POOR. this game is an awful peice of shit. come on who the fuck wants to play a gay ass 2D fighter in 2009?????? fireball fireball fireball, its like i have crabs all over again!!!!! plus the graphics are all cartoony and GAY.
ZERO OUT OF 5 STARS


Timeshift
-timeshift, more like timeSHIT!! hahaha owned bitch. this game is a total ripoff of every other generic fps game on the market. whoop de do you shoot aliens in the face with guns. HOW ORIGINAL!!!! plus this time control powers are stupid and gay and tere are too many gay puzzle where you have to pause time and press two buttons. also the graphics are shitty and everthoing is gray
ZERO OUT OF 5 STARS


Eldar Scrolls 4: Oblivion
- oblivion is a rpg game where you roleplay as a gay elf who sucks dicks for cash. the awfulness of this game is hard to explain because it effectivley shut down my brain while playing from suckness. the gameplay revolves around walking slowly and punching dogs. there are supposeldy quests and shit in there somewhere but i quit after going to jail for stealing a pumpkin. as far as i can tell the plot was a generic rpg tripe where you are a guy who has to save the world by punching dogs and rats, BORING..!!! also the graphics where all colourful and gay i dont wanna see blue skies and speedy trees this is supposed to be a dark game with atmnosphewere!!! no imersion at all i mean wtf
ZERO OUT OF 5 STARS


Halo 3
- halo 3 is a generic first-person-shooter where you play as a space marine who shoots at colorful aliens at a pride parade.
ZERO OUT OF 5 STARS


Earth Defense Force 2017
- playing edf2017 is like watching your parents sex tape, because the production values were next to none and it has lots crazy japanese shit in it. there are like 50 levels but they are all the same, shoot some gay generic giant ant with a gay generic gun. news flash game developers;!!!: put some effort into making your games playable for more than 3 seconds!!!
ZERO OUT OF 5 STARS


Soldier of Fortune: Payback
- soldier of fortune payback was made in eastern europe by a bunch of blind retards. the game looks like blackhawk doww dragged through a sewage draining pool.  the gameplay is unoriginal shit where you shoot arabs in the face. generic middle east SHIT POOP.
ZERO OUT OF 5 STARS


Call of Duty: World at War
- this game is so bad that is may start the third world war. some asshole decided that making ANOTHER generic SHIT world war POO shooter would be a good idea. it was probably Hitler's evil twin, because this game is worse than the holocaust. the games graphics are similar to watching a old movie except you cover the screen in brown paint first.
ZERO OUT OF 5 STARS


Grand Theft Auto IV
- playing grand theft auto 4 is similar to being assraped by an acidic cactus who likes it rough, except that you have to pay $50 to buy the game when getting assraped by a cactus is free. the gameplay is total boring crap drive here drive there shoot some black peope BORING!!!! more generic shit from a shitty games developers!!! the graphics remind me of the time when i was in new york and somebody replaced my contact lenses with butyric acid.
ZERO OUT OF 5 STARS


Assassin's Creed
- Ass is right.
ZERO OUT OF 5 STARS


Crackdown
- Crackdown is an open world sandbox game with 1 mission type and 1 enemy copied 1000000 times. Total generic bullshit, its like they didnt even bother making and original game or something. plus the shitty graphics are SMELL-shaded and suck and are bad.
ZERO OUT OF 5 STARS


Resident Evil 5
- Resident Evil 5 is a third person action SHITter where you shoot zombies and run around collecting dicots and monocots to feed your drug addiction. the game is filled with obvious racism, showing that america is still not past its slave-whipping days. sheeva has a nice ass
ONE OUT OF 5 STARS


Banjo-Kazooie: Nuts and Bolts
- Banjo kazoo is some shitty racing game where your only car is a garbage can. there are a billion gay missions but they all suck because the driving feels like pushing a 600lb bag of turds around. i've had more fun at funerals. im pretty sure the graphics were ripped straight from an N64 game. in fact im thuinking it might be an n64 game.
ZERO OUT OF 5 STARS

Fallout 3
- more like FAILout 3!!!!!! fallout 3 is a first person action shooter game where you shoot poor-people and collect illegal drugs. the game is all brown and blurrier than a picture of lincons ghost. as far as i can tell the plot was something about finding your father so you could blow up his face with a shotgun. more generic shit!!!!
ZERO OUT OF 5 STARS


Soul Calibur 4
- soul calibur 4 is a homosexual fashion game where the goal is to make your character look as queer as possible. This goal is extremely easy to acheive and extremely hard to avoid. the combat system is as primative as my parents in law at easter except with more cheap combos and worse online lag.
ZERO OUT OF 5 STARS


Call of Duty 4: Modern Warfare
- Call of duty 4 is a brown game where you shoot arabs in the face. the online play is super-bad and all the players cheat and call in helicopters all the time constantly. the single player campain is similar to my last marrige in that it lasts about 2 hours and involves your wife getting bent over the back of a pickup-truck and banged by several russian men.
ZERO OUT OF 5 STARS


Bioshock
- bioshock is a communist propaganda tool thinley veiled in a shell of a brown generic fps. the majority of bioshock is spent shooting poor people in the face and collecting illegal drugs. pretty much total shit.
ZERO OUT OF 5 STARS


Super Mario Brothers
- super mario brothers is a "classic" game where you jump up and down a bunch in some gay drug-induced fantasy world filled with racist italian and mexican stereotypes.
ZERO OUT OF 5 STARS


The Legend of Zelda: Ocarina of Time
- Zelda: OOT is a generic third person action game where you wonder around some gay world and collect trinkets. the goal of the game is to defeat some evil irish man before he rapes some blonde bitch. you play as a kid with severe developmental disabilities who cannot talk or reach into pots. the graphic are so shitty they look like they came right out of an N64 game.
ZERO OUT OF 5 STARS


Final Fantasy VII
- Final fantasy 7 is a generic rpg game where you play as a little girl who has to defeat an older girl before he blows up the planet or some shit. the gameplay consists entirely of walking around and fighting rats. the graphics are so hitty they look like they came right out of an N64 game.
ZERO OUT OF 5 STARS


Thank you for your time, I hope to have enlightened you to the qualities of many popular videogames.