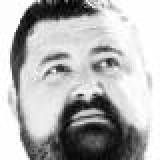 Didn't see this before, hopefully more will come up!

Other than GOM, you will pretty much find everything here.

@Euey: I completely agree. Especially with the way the days wind down. Didn't it go from 121 to 0 or something crazy?

So I know I'm way late to the party, but I've been going through some of my backlog while, well, not many games are coming out. So recently I finished Fable 3, and am puzzled about why they would end it the way they do, and how lazy it was done. So I found the game pretty good up to when you become King. It wasn't great, not as good as Fable II, but although it had problems I was really enjoying it. And then you become king. I have a couple major, major problems with the ending.

2)Lazy consequences and it's the same exact one every time

3)Each gold is a person's life

So why is this a problem. Well first of all, as King you have to make decisions. That doesn't mean that the majority of being king will be making obvious decisions, all of them having the same exact consequence. I could press A to side with "insert good person, usually Page, here" or press X to side with "Insert bad person, usually Reaver, here." Now even that alone may have not been to terrible, even if it happens ten times. The problem is that each one has the same consequence, and after the third choice I could care less about what we were talking about. And even beyond that, the choices were so blatant it was pointless. At one point in Fable II you had to decide whether to save this woman, or make yourself look ugly forever, affecting how people look at you. While one seems like the obvious choice, if you become ugly, people may not like you and be scared with you. This was a really good use of the moral system and made you make a tough decision. At the end of Fable III, you can either do the obvious good thing and lose money, or do the obvious bad thing and gain money. That's it. It happens almost ten times! It made me a sad panda.

So now for the third part. So going back to the gaining or losing money, why does it really matter? Well, as you probably know, each piece of gold you have counts as one person's life. So by making a good decision, you may actually be killing your people, or by doing the evil thing, you may save your people. In theory, it actually sounds really cool. Well, it's too bad you can just grind out money by doing jobs that can't keep a constant frame rate or by just leaving the game running racking up money through businesses. So my last hours of Fable III were spent by me browsing the internet, waiting to collect enough money to save everyone. So while it's a really interesting idea in theory, it turns out to be a game breaker.

It is really a shame the game had to end the way it did. It may have not been great, but I was having a very good experience until that point. Especially for it being the supposed payoff it, it was such a letdown. While the new Fable is a Kinect game, I really hope they go all out for our next Fable experience.