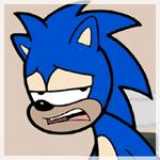 The title says it all. I have GiantBomb's search added to my Firefox search bar (through the Add to Search Bar addon). Using that to search "Klonoa" generates this page:

Clicking on the entry for Klonoa for the Wii returns a 404.

As somebody who works for a niche site and actually gets paid for his reviews on that site, I don't think you need to finish a game at all. I think it helps to finish a game, so you have a complete picture of the product as a whole, but the example I always go back to is a DS RPG called "Sands of Destruction."

I hated Sands of Destruction. By the fourth or fifth hour I knew I hated it. I forced myself to at least make it to the 8 hour mark and wrote a savage review on what a sloppy, awful, generic JRPG it was. Getting to that 8th hour was one of the biggest struggles I've ever had as a reviewer. I was literally counting the seconds until the in-game clock rolled over to 8:00.

Nothing after that point in the game, no matter how good, could have made up for those first eight hours. Even if I had another 20+ hours ahead of me, it just wasn't worth it. If I'd finished the game all the way, who knows how my review would've turned out. Maybe I would've been even angrier. Maybe a sort of stockholm syndrome would've set in. Neither seem very useful. I made it as far as I could, wrote my review, honestly informed my readers I couldn't and WOULDN'T finish the game, and moved on.

And there is nothing wrong with that.

Good games are a different kettle of fish. If it's a game I like, I think finishing it before writing the review should be a high priority. You're looking for any moment where the good times end and things turn sour. Whereas a bad game garners "nothing past this point would be worth the suffering I have already faced so I'm quitting early" reactions, good games really do need to be seen through to the end. I have written more than one review in my time to the effect of "this is a pretty cool game but it turns to junk near the end, so be aware of that." That's being informative, which is what reviews are designed to be.

@dochaus: I'd edited all the breaths out of past reviews, but I wasn't sure if it actually mattered or not. You're the third person to bring it up, so I'll go back to doing that for the next one.

I still don't read Kotaku, and don't really plan to start. Don't need to, don't want to, so I won't.

I am enjoying Patrick's increased Youtube output, though. Not having to pay for Spookin' with Scoops is very nice.

@steadying: Really? I don't think it looks so bad, outside of the obvious stuff like... shadows disappearing, or the draw distance messing up. Oh, and I guess they had to really reduce the texture quality in order to have enough memory for split screen co-op.

Actually, I guess in that context, yeah, it doesn't look great.

Has anyone ever told you that you sound exactly like Curtis Armstrong? (It's surprisingly hard to find a good clip of that guy.)

Great video by the way, made me check out your fun adventures with Sonic '06.

Yes and no. Somebody once told me I sounded like Snot from American Dad, who is a parody of Booger from Revenge of the Nerds, both of which are played by Curtis Armstrong. You are the first person to hit the nail on the head directly.

I personally don't really hear the resemblance, but then again, of course I wouldn't.

Wow, these glitches are ridiculous, but I bet it didn't affect the money they made at all. Sonic fans buy Sonic and I don't think they pay much attention to quality.

Actually... I don't think Sonic Boom ever surfaced on sales charts. If I remember right, Sonic Lost World barely broke 100k sales in its launch month. Four months in, it was at around 700k. That's abysmal.

Sonic Boom on the Wii U, from what's come out, did maybe a fourth of that. It could actually be the worst selling Sonic game in recent history.

@sunbrozak: Eh, I dunno. I've finished Sonic 2006 twice now (once originally, and once for a charity stream). Sonic Boom's not a great game but I'd hardly call it unplayable.

Would you say it was better than '06? I tried playing that back in the day, reached the "twist" after beating the three main stories, and couldn't play much longer than that.

It's absolutely better than Sonic 2006, but we're also kind of dealing in shades of "this turd doesn't smell as bad as some of the turds I've smelled."

Sonic Boom is overall a buggier, glitchier game than Sonic 2006, but its bugs are a lot less severe, I guess. Like there's stuff in Sonic 2006 that makes it skirt the edge of being objectively unplayable in the "I am physically unable to progress any further because the game doesn't work right." way.

That almost never happens in Sonic Boom. There's a lot of broken stuff, but it never outright bars your progress like Sonic 2006. They at least have that going for them.

@sunbrozak: Eh, I dunno. I've finished Sonic 2006 twice now (once originally, and once for a charity stream). Sonic Boom's not a great game but I'd hardly call it unplayable.