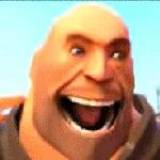 Crash is Spiralling Down

Crash, the main mascot for Sony with the first Playstation. He was in a ton of good games made by Naughty Dog like the 3 regular Crash games and Crash Team Racing. Then in 200, Naughty Dog was bought out by Sony and Sierra was left with nobody to produce the Crash Franchise.

In 2000, they made Crash Bash, an ok Mario Prty rip-off by Eurocom. Things just got worse over the years. In 2001, Telltale Games made the new Crash sequel, The Wrath of Cortex, which is considered mediocre by many reviewers. It got worse with many other games.

What really killed Crash was the last new Crash game, Crash of the Titans. Everything changed about the series. All the characters look different than they really do. The gameplay is mediocre at best. Things do not look good for Crash. I don't expect his next game to be better.

You know what else is happening with Crash? He now stars in a God-Awful minigame collection on the DS called Crash Boom Bang. All the minigames are poorly made and are complete jokes compared to Crash Bash. Games are really coming out bad.

I just have to say that Naughty Dog be hanging their heads in shame right now on how bad their first creation has came out without them. The series is not itself anymore. Its been going through too many changes, and I think its time for the bandicoot to be put down.
4 Comments

Yes! I finally have 1000 mpoints. Now I don't have to deal with the mods anymore :D.

My Views on the Wiki Section

Not only did we get forums on this site, we also have our own wiki page, and I have to say it is awful. Sure it's great that we can now edit the info for our favorite (and not so favorite) games, but there's one problem I have with it, and it is the checking system. Sure I can understand why they did this. They want to check that there isn't any plagirism, lies, or slander in any of the pages. I can understand that, but I don't understand why it takes so long for it to be checked. Are the mods short of help? This is annoying. They say it only takes 24 hours, but I have submissions that have been up in the air for days now. I have edits for the NiGHTS page and making a NiGHTS profile and it still didn't load. This is annoying.

One other problem I have with this system is you have no idea who did what unless you go to their page before it's uploaded. For example: I was going to make a Simpsons Arcade page. I looked up The Simpsons and saw that it wasn't there. I said "That's odd because the Simposns Arcade game is the best Simpsons game out there." So I decided to make a Simposns page. A couple hours later, I discovered that the Simpsons page was up, nut I didn't make it. Someone else did. So now they get all the credit and I get squat. Is that fair?

This system is really annoying and I can't stand it. I know they're doing this for a good cause, but I think they're going the wrong way with this. What I think they should do is they should use their database not to check on the files before uploading them, but to upload them and look at them afterwards. The content will be uploaded, but if the mods see what they don't like, then they can just delete it. If that's too much of a pain then I have a better idea. How about the mods assign mods for every game. These mods would be in charge of a game they edited, and if they see something they don't like, they can always edit it or delete it. The same should be said for every person, but the mod would be the head of it all. These are only my suggestions on how to make the Wikis better. I hope Gertsmann and the rest of the GB crew can take this into consideration.

Today it seems that Giantbomb has officially opened to the public and I have integrated to their site. First it was Gamespot and now it's Giantbomb.com. I hope I can get a following here as I did in Gamespot so I'll be in both places now.