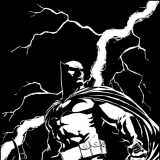 Back From the Dead!

Alright so i've been out of the blogging/writing circle for quite a while now. I figured that since summer is starting and soon to be school as well I might as well get back into this. Talking about the things I love and all that fun stuff. This blog won't just cover video games, it'll cover the movies/shows i've seen recently, the albums i've been listening to and of course the games i've been playing. I won't go into full extensive reviews of any of this stuff but just my impressions so far, and I'll also have a Last of Us review coming in the next few weeks. So I can start keeping on top of all the new games coming out again and hopefully get a nice little following again. So, enough about the plan, it's now here to put the plan into action. Here it is, for whomever is reading. I hope you enjoy it.

Alright, So there's not going to be anything else under this watched list because in all honesty, I've been working too much to have time to go see the new Star Trek, or the Great Gatsby, but I will very soon. So for this weeks portion i'm here to talk about Game of Thrones Season 3. I'm going to just start off by saying that if you haven't watched this show yet, or read the book you're missing one of the most engaging shows that's been out for some time, and this season is no different. The show is still as complicated as ever to explain. There are still the wall, the looming threat of the white walkers, and Sam's total devotion to find love in all of the strangest places. But this season sees the main cast doing a ton of things that they don't really want to do at all. They've been forced to make some truly uncomfortable exceptions to all of the terrible happenstance that's been put in front of them. The war is closer and closer, and winter is still coming. But the acting, costume work, score, writing, and just all around world is still wonderfully done. Westeros is just a believable world as Middle Earth, or as any other fantasy landscape you want to compare it to. Yet it has its own quirks and dark sides to it that make it it's own and not just a carbon copy of what Tolkien's created.

Music I've Been Listening To-

Now if you're into any kind of hardcore there's not much about this album to say that hasn't already been said, and I promise that this will be the only oldie on this list. But just recently I was fortunate enough to catch a Comeback Kid show, on their tenth anniversary with their old lineup playing. Seeing all of these old songs with the old members really brought back nostalgia for me. Growing up listening to this band, and I saw something that I thought was too late to see, and in a cramped hall no less. Hardcore isn't a type of music for everyone, but if you're into anything remotely heavy I recommend giving some old Comeback Kid a listen. The music is catchy and in your face and a little over ten years later I still love this band as much as I did when I first listened to them.

Now this is an album that doesn't really need an introduction. Unless you've been living under a rock these past few weeks, the worlds been pandering and going insane over the release of some new Daft Punk. Some love it, some hate it, some think it's too slow, or just slow enough. Some hate that it's not just a rewritten Discovery. Me personally, I couldn't wait for this to come out and it didn't disappoint me. It's not even close to what I expected and that's exactly what I love about it. I don't really feel that the Robots made this album for anyone else but themselves. They got people they grew up listening to, to collaborate on their album. Yes it's a much more mellow album but some tracks like 'Contact' or 'Giorgio by Moroder' Are just as dancy and memorable as anything Discovery or Homework put out. Also when the inevitable Alive 2017 comes out these songs will mix just fine into another memorable album. For me this album is not only my album of the year, but it's the Electronic album i've been waiting for. Something that isn't all synthesizers and bass. Ironically enough the most fresh feeling album to me is an homage to the past, and I loved every minute of it.

Another electronic album, and a live recorded one at that. I can't help but feel that this album was more or less unnoticed due to the launch of RAM, which is a huge shame because this is a really smartly mixed and all around up beat and well done album. Justice is a really unique dj duo, and I feel that the claims that RAM isn't dancy enough or fast enough this album could rectify. Every song they mix together works and I prefer every single song on this compared to anything Justice has done in the past. It shows that they have a lot more creative talent than I gave them credit for. Not only that but it reminded me why I love this band in the first place and hate myself for forgetting about them in the first place. I really can't wait to see where they go from here with their next album.

There's quite a bit to say about George Watsky. Let alone this album. For anyone who loves music, I recommend checking out Cardboard Castles. It's not just rap/hip hop. It's poetry. His more series tracks such as 'Tiny Glowing Screens Part 1 & Part 2' changed how I viewed society and how much we truly depend and focus on things that just don't matter. Or that we stress ourselves out over the simplest of things. This entire musical experience is so charming, witty, memorable, funny, heartbreaking and so much more. Any emotion you want to lay to this album chances are you'll be feeling them. Which is what I think is what music is all about. Feeling emotion, tapping into that emotion and expressing ourselves. There's something in this album for anyone, that talking about it doesn't really due it justice. It's just something that needs to be heard.

Alright, i'm going to start off by saying that I read Metro 2033, 2034 and am patiently waiting the arrival of 2035 that was teased in last light this fall. I really adore this series, the universe they created, how bleak and terrifying the surface is to anyone ballsy enough to go out and scavenge for resources. Artyom is a dude with both astoundingly bad and good luck. He makes friends at the blink of an eye and they betray him even sooner. The story takes place about a year after the events of the first game, After Artyom calls a missile strike on the alien like creatures known as the Dark Ones. After some exploring and tutorializing it is brought to your attention that a single Dark One has survived and that you must find it. Thus the story begins. Without spoiling too much just know that it's an incredibly engrossing tale that manages to hit a nerve every now and again as you see what humanity has been reduced to. The people in the Metro universe are not so much surviving anymore, more like biding their time until the end of their species. There isn't really hope anymore, and that's what makes this world so immersive. There's no hope for it anymore and you're brought in to witness all this sadness. I consider this one of the most memorable franchises of this generation, and one that doesn't get the attention that it deserves, yes it's a foreign developer, and yes the first one wasn't the greatest to play, but if you're a fan of immersive story driven first person shooters along the lines of Bioshock, Fallout and so on, this post apocalyptic world has something for you.

Injustice: Gods Among Us

Injustice is a strange game. I'm glad that Netherrealm didn't give up on the DC universe after Mortal Kombat vs Dc Universe. I feel like that after all these years later, this was the game they were trying to make, but couldn't because they were known for working on solely Mortal Kombat games. But after the success MK9 had i'm glad to report that Injustice is quite a good game, and more importantly it's a very different game than MK. But at the same time I can't help but feel disappointed by it. I can't quite put my finger on it as to why I don't love it like I loved MK. They did a wonderful job making each character their own, but in their character and in how they played. The story is well told and has an interesting idea with Superman being the central villain. It certainly makes things much more interesting. The fighting is smooth, the stage transitions are slick, they've got a ton of alternate costumes, easter eggs and characters that'll make any DC fan happy. But at the same time, to me, it's not the DC game i've been waiting for. There's so much that they can do with this license i'm not exactly sure what I want to see from it. I guess along the lines more DC property games will surface and maybe i'll get that itch that I've needed scratched for many years now. The game's a ton of fun and easy to pick up and play so that anyone can get a group of friends together and just fight for hours. I know i've done it. So if you're interested in comics, check it out, it might be for you.

The Conclusion? I don't know what to really call this.

Hopefully you found some of what i've written interesting today, I've been meaning to get back into blogging again and I have a lot of things i'm passionate about. Hope I kept it all interesting and varied enough for you all. As for you guys, whatever I didn't mention, or would like me to play/watch/read/listen to that you think I should, leave a comment below. I'm always interested in learning about new things and broadening my horizon. Until next time. Thanks for reading.

I think Daft Punk is just one of those bands that I'll never get. I like...four of their songs, in total? I think maybe I relate to them as well as I do to Arrested Development when it comes to my reaction as compared to the way everyone else likes them.

@rorie: Where i'm from most people either hate or do not know what Arrested Development is. Haha. As for Daft Punk, fair enough, they're definitely not for everyone.