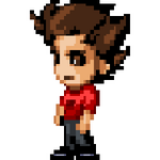 Research fellow for ACES electromaterials, working on analytical devices for diagnostics. Mainly spend my time designing 3D printing very small things, science writing, and supervising PhD students. Time flexibility is awesome, but the work load is stressful. Double edged sword I guess, but I wouldn't do anything else.

Hi all, it has indeed been sometime since the last entry, hope you've not all forgotten about it....

This originally should have been "Best bestplay", but I think that's lacking in focus and could ultimately end with people picking their favourite game as opposed to gameplay. Mechanics however I feel is more particular and not necessarily reflective of the gameplay, although linked. Anyway, enough babbling.

One of my favourite games ever and needless to say I'd argue (until the end of time or until someone gags me) that it's the best deathmatch game ever made. Every single aspect of the player movement, level design and weapon system is perfect and is as exciting to play now as it was when it came out.

And we're back but important thing before we start, let's keep this spoiler free or at least spoiler tagged!

Brutal and unexpected, bit of an emotional sucker punch. :s

Red, my mad and only friend in the darkness. I discovered that Red had essentially grown up in the darkness of the mines, praying for death but was unable to carry out his final wish due to powers unknown. He gets into and setup an incinerator such that I can't release him from it, while holding a key that I needed. The only way to get out and continue my escape is to turn it on, burning him alive. I searched that room for another way but found nothing. His screams of pain filled me with an incredible sense of loss, sadness and guilt like nothing I've felt in any other game. Genius.

After much deliberation, I finally have a conclusion:

I find music is a very important aspect of games, responsible for communicating the tone of a scene to the personality of a character. Personally I find that a game with poor, or badly placed music can turn me off it almost immediately (thankfully the music in Stalker is optional).

I've picked Outcast for best soundtrack not just because of the quality of the music (composed by Lennie Moore and performed by the Moscow Symphony Orchestra) but because of how integral it is to the game. The feeling of being alone and confused on an alien world and all of the danger, discovery and enlightenment that follows is conveyed through the music as well as the gameplay. From the epic operatic chanting of the opening to the tribal stomping of the battle music it transported me into the world in a way that just could not have been done without the soundtrack.

Outcast at the time was one of the first games to have a full-orchestral soundtrack, which in today's climate is relatively common. However, I guess this is partially nostalgia, but I feel that few titles have managed to integrate the soundtrack and game so successfully. This was a tightly contested place for me (runners up included FF7, Doom, Mirror's Edge, Crusader: No Remorse and Radiant Historia) and to be honest, I think depending on my mood any one of them could have taken it. Still, every time I listen to Outcast I get returned to it's world in a way most other soundtracks do not.

At first I thought there is not that many to choose from but after pondering it some more, there really is a lot of couples out there in video gaming. Simple choice for me today though:

Although their relationship doesn't get off to a good start (she enslaves him), as the story progresses this changes vastly. The voice acting, dialogue and animation work together seamlessly to bring these characters to life and create a believable relationship which I could get on-board with. Not only that, both characters depend on each other and Trip proves her worth regularly and never becomes annoying. This developers is how you do NPC escort stuff, make me care about the character I'm saving!

Yeah I was the same, I tried the demo and it just didn't work. The pacing seemed off and the combat didn't have the same brutal satisfaction that the original had. Ah well.

Ha! I'd forgotten about him, what a dick he was.

Would love to give this to Vanille, but I've not actually played FFXIII. Instead I've heard and seen her by proxy and damn, she's right up there. Mr Potato Head from Hasbro Family Game Night was a highly placed contestant but he's so bad I don't think he deserves any more attention. It's got to be:

I know he's not an NPC but he's probably induced more rage in me than any other video game character ever. He is about two-feet shorter than everyone else in the game, meaning that fire would fly harmlessly over his head while the smug bastard that picked him shot my knees off. In the time before proper FPS controls on consoles, picking Oddjob was basically cheating. This t-shirt exists for a reason:

To everyone that thought playing him was fine, I hate you. So much.

Almost picked a character I'd like to be for this one but at the last minute realised I do have a character I can relate with. Applies more to my younger self, but nonetheless I certainly feel we have a lot in common:

Neku Sakuraba - The World Ends With You - DS

I kinda feel the character description in the link explains most of it but for clarity; during my teenage years and early-twenties, I was a moody, angry and angsty little bastard. More than a touch melodramatic (which is still true to an extent) and prone to shunning people and keeping people at arms-length.

True enough, I didn't go through some sort of crazy life-death situation to dissolve my barriers but still. In the game he grows to become more open and trusting which is ultimately why he survives, not because he's incredibly powerful.

Plus, he has spiky hair, loves blocking out the world with music and has a sweet skull on a chain to boot. Nice. :)

This is a fair point I agree. However, the general consensus through the gaming community is that Trespasser was a flop and indeed rubbish. It's second lease of life on modern machines has changed that a bit, but ultimately it was very much under-rated at the time and still is to this day.