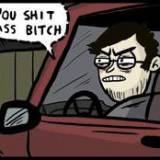 ElvUI pretty much makes things look like this. I use one of those big dumb G600 mice with all the buttons on it. Also, don't mind me showing off my Green Fire kill, or finally getting my AotC mount.

@epicvandal: I don't heal, but the people I know who do use VuhDo for their raid healing mod. Changes the frames around and lets you list tons of info on them. Not sure about PvP healing, might be good for that too.

I mainly Melee DPS or Caster, sometimes Tank. Off the top of my head I use:

ElvUI - Replaces pretty much all of the UI. I like the fonts, and how the bars look and scale. I hate how the chat boxes look and how I have to fix them every few days but overall this works super well as a clean, customizable UI. Replaces bags, chat, minimaps, bars, portraits, everything. Sorts my bags.

Drop the Cheapest Thing - Just what it sounds like, auto vendors a list of items, or tells you what to drop if your bags are full. Useful for soloing old content and farming.

Trade Skill Master - For real, your dumb piddly Auction addons have nothing on this beast. Take a LONG time to figure out and work out how to make it work for you, but once you do, yikes. I don't hustle the AH as much as I could but if you have any interest in professions or making gold, this will help tons. It tracks and scans the AH, figures whats most profitable and tells you. You can then make groups of auctions, and task out a queue of things to create. Say "20 of each Sha Crystal enchants" then post those continually for a profit margin you set. This is a huge suite of addons, people charge money for similar addons with way less features. Load up some youtube tutorials and give it a spin.

Auctioneer - For when I don't care enough to sit at the TSM interface for too long and just want to dump some Netherweave cloth at the lowest price.

Skada - Recount lags and hogs a lot of resources, this one has less of a footprint.

Deadly Boss Mods - Pretty much a requirement for any one thinking about raiding. Bigwigs is pretty great too!

Rarity - This tracks my kills on certain bosses/mobs to tell me how far away I am from having more of a statistical chance at a Mount/Pet drop. Pretty much "Hey you've killed Ony like 800 times...uh, that's like 30% chance on your next kill for it to drop, maybe?" I suck at math and used to just have an insane Excel sheet to track kills, but this works so much better.

NPCScan - Scans your surroundings and lets you know if a mob is up. Pretty much only around for Time Lost Proto-Drake.

Factionizer - Pretty much a requirement if you enjoy grinding factions and reps. Replaces the "Reputations" tab on the character panel with info about what gives rep with them, and how far away you are from the next tier.

GTFO - Used to use it when I was learning the SoO fights, good for beginners in LFR. Sets off a buzzer when you stand in bad. Don't stand in bad. Stop that. Move already.

Gatherer - Good and useful for gathering professions, has a database that loads and tells you all the spots ores/herbs spawn to make planning routes easier.

Postal - Because sometimes the TSM addon that tracks my mail isn't on and I just want to grab all my mail and get on with my life.

TellMeWhen - I like this more than WeakAuras, tracks cool-downs and buffs/debuffs.

CLCRet - Tells you what button to push as a Ret Paladin, I use it to keep track of where I'm at in a rotation, there's lots of these around for other classes. But since Ret is pretty simple to play you don't NEED this, but it helps when you're starting out. I think there's Spell Flash or Ovale too, that does something similar for caster DPS.

Archy - Archaeology sucks, this makes it still suck but easier to do.

AskMrRobot - Because on alts I suck on, this is the easiest way to figure out gems/enchants and reforges.

Altoholic - Tracks all your alt characters, lockouts, valor points, seals, whatever. Used to just track it on an excel sheet for the week to know. Don't care enough now, hardly use it but its there and sometimes useful if I'm gearing up an alt.

oQueue - Forgot this one. It sucks on ice. But you kind of have to use it until there's a better option for finding groups for content. Lets you list a group or find one for raids, bosses, arenas, whatever. Just sucks the dummy who makes this updates it 3 times a day and it isn't listed on Curse.

Crossdresser - Saves my gear sets, and switches them on when I switch specs. Tank set for Prot, DPS set for Ret. Dumb and one use, but I don't have to think about it.

Rare Spawn Overlay - With NPCScan and Timeless Isle, helps see on the map where rare spawns pop up.

And lastly since I use a ton of them, I forget the name, but it just lets me tick and untick my addons and hit a button and reload my UI. Useful for switching over to tank spec for a fight, or going from farming to raiding and not having to relog, just hit a profile, and load.

Yeah, I refuse to tank LFRs at least Throne of Thunder. Just go in and lead the bottom of the DPS charts and get your loots and kill the bosses. Works pretty well, but people still complain "lol 50k dps u bad"

And they wonder why subs are down?

This sounds really lackluster. I thought the regular LBP was a let down as well though.

I can't get the quicklook one to go either, watched it twice. The second time I just muted it and let it play, still didn't work correctly. That might be the dip in numbers. Sounds like a couple other people had problems too.