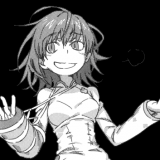 I'm definitely excited for this! Gonna pick it up as soon as I can (europe same date?). Though I haven't really followed the release info at all, kinda just wanted it to fall into my lap when it's ready.

So what's this censoring about? Does it seem intrusive?

They removed some sexy outfits as well as pieces of one character's story because she's in her underwear. Remember this is a M rated game.

Though if you're in Europe, you get the game uncensored.

@liquiddragon: @believer258: I have to have spinal surgery that a 25% chance of paralysis. It was better than my previous option that had a chance of death instead.

IIt's weird but that's some of my favorite GB content each year. It's a bummer Lisa won't be back this time.

Normally when a game is released, there's a reasonable expectation that a small section of X game's fan-base will evangelize it as well as try to push that there's only one right way to play. Just to name a few examples: any MGS game and no kill runs, the Souls games and their various "respected" builds, and even Persona 4 suffers from this. Normally this stuff is pretty easy to ignore but when it comes to "art" games this problem seems to be exponentially increased by how niche a game is.

Look at any play-through of Undertale, if the person playing it isn't going for a pacifist or genocide run, they're playing the game wrong. This mind-set seems to push by the creator as well, as naming one ending the "true" one, they just give more fuel to fire.

Then there are games like "The beginner's guide", "Gone Home". or even "Depression Quest" where any criticism toward them is met with a variety of back handed insults that have nothing to do with said criticism. (To be clear, by criticism I don't mean "X is not a game." or "They're just walking simulators")

Video games will never be considered art until the people who play them grow up and understand that a piece of art is never universally praised and that criticism does not equal outright hatred.

Sorry if this seems like rambling but I just wrote it as means to get my mind off the fact that I might not be able to use my legs in a few days.

I sure love all these magical high school anime.

Destiny PvP has a problem where once a new gun is found to be overpowered everyone starts using it and it gets real frustrating to play. Then instead of boosting other guns Bungie just depowers it and the community moves on to another gun