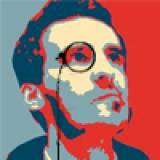 Gather around kids, it’s that time of year again where your old pal Bonbolapti talks about his top ten. Which is honestly a surprise to me, a majority of my year has been spent continuing to play games like Overwatch, Fallout 76 and Battlefield V. As much as I would like to have those as three guaranteed slots of my goty list, there’s a strong enough list of games I’ve enjoyed aside from those three.

So without further ado,

This game had a bit of a weird hype to it, and pointing out that the original creators of Fallout were behind this game definitely led to that. People were excited for The Outer Worlds because New Vegas was the best Fallout game in their eyes. Yet when The Outer Worlds came out, their enthusiasm took a 180 and aside from Parvati being the only thing they took away from it, the general reception has been “not great”.

I don’t quite echo those sentiments, because the writing is strong (which is important for a game like this). Dialogue trees are interesting, and emails of the space business world are fun. It’s biggest problem is that every quest after the first one keep hitting the same beats. So it changes from interesting to predictable in a heartbeat.

Still, as I’ve said before the writing is strong, and the companions are great to tag along with.

9 The Legend of Zelda: Link’s Awakening

My Second Favourite remake of something this year. But I’m thinking about this game as it relates to my friend Dolphin Butter who played through it during his extra life stream. And I kept trying my best in trying not to tell him where to go and what to do.

Though I haven’t played Link’s Awakening since the original GameBoy days, a lot of what this Switch remake was doing only felt like second nature to me. I must have been on autopilot going from one dungeon/errand to the next. It ended up being a nice little bit of nostalgia that may have been over too soon. But much like my original copy, I will eventually pick it up and play it all over again.

The annual adding Picross to the goty list essentially making this a top 9. I do this to keep pointing out how good Picross is, and if you think you’re someone who has never played picross before you have quite the backlog at this point in time to keep you busy for HOURS.

Phone games are essentially clumped together because I play them all at the same time. And if you’ve read my previous blog you know exactly the ones I’m talking about. Dragalia Lost, Dr. Mario World and Mario Kart Tour consistently keep my attention as I use transit.

I suppose there was also the added benefit this year of having Apple Arcade on the iOS where I got to play games like Assemble with Care, Various Daylife and ChuChu Rocket! Universe. But that’s the kind of stuff I’m patiently waiting to be made available on the Mac OS because well I don’t want to play too many games on my phone, then it would probably die too quickly.

I guess I became very much late to the party with Crypt of the Necrodancer (because I also just straight up haven’t played it yet), but I’m really happy I got to play this. I also just think it’s the sheer novelty of an indie dev from Vancouver getting to make a game with a Nintendo property.

Wonderful music, catchy boss fights, and a bite size experience, enough to make me go I DID play this, yeah I did enjoy it. HMMM maybe I should play it again.

Seems to be the theme for Zelda games this year for me.

It’s not that this game was officially released this year so much as I’ve finally gotten around to playing it. It’s been an enjoyable experience if only because I’ve been playing with one of my favourite people. That’s always key cause I don’t think I would enjoy playing these kinds of games alone anymore. I know I could get bored too quickly, if I’m by myself and the objectives are aimless.

But discovering something with someone else, highlights those experiences in a way that sticks with me. And just eventually became my rainy day streaming game if I’m just not feeling like playing Overwatch.

Ultimately the best part of this game is the level/scenario editor that is brilliant for anyone deep into the weeds of what this has to offer. Putting it on this list has reminded me to buy it again on steam so I can do a better job of using those editors, the one thing I’m not comfortable with doing on the switch version.

The best Tetris/Battle Royale game this year, and I’m very particular about my Tetris games. (I only gave Tetris Effect an Honorable Mention last year. I don’t know if that tells you anything.) Good Tetris multiplayer only needs to be about the line breaking and when you match up with 98 other people, how fast you can do it is the real challenge that keeps me engaged. Only the good players continue to play it now, which makes the game HARDER, but when you’re in and you’re doing well, being all up in the top 10 players left, that heart is racing and you’re in the TETRIS ZONE and then you lose with a 3rd place finish you can’t help but thing “gawdamn I was RIGHT THERE… guess I gotta go again.”

Three Houses manages to take itself out of a rut that Awakening and Fates was pushing it towards. Placing you as a teacher in a Religious school, that you manage your weeks building relationships with your students and peers alike. It changes the dynamic of the game that could be polarizing if you’re a fan of the older games and seeing what this franchise has turned into.

It’s definitely not without its predictability, but it makes up for that by having interesting characters with their own motivations and problems. The Personalities is everything in a game like this, and probably why I’ve felt the most encouraged to have multiple play-throughs.

That being said, I hope this is the only Fire Emblem game of it’s kind.

Yes, my favourite game of 2019 is a Remake of an old PS1 classic. Capcom basically gave themselves the difficult task of not only making RE2 all over again, but updating it with the sensibilities of our current generation of gaming. To some it could ruin the perfect nostalgic experience they have in their brain. But for me, they created a uniquely new experience while allowing those moments of nostalgia to take place. I know these halls all too well even if they don’t play out the same.

It’s use of lighting, scarcity of bullets, and the looming threat around every corner is what made classic RE great, and they nailed it. I think about this game a lot. And I’m looking forward to RE3. and then I hope they remake Dino Crisis.

Hideo Kojima could have made a beautiful game with a simple concept, but he spent 4 years of his new studio making a first year film student’s arthouse feature. I could go off on how the game introduces unnecessary things for the sake of “world building”, a threat that doesn’t need to be there, traversal that just becomes obnoxious, the constant downplaying of supposedly critical moments, and hijacking the game to tell you the same goddamn thing multiple times is just infuriating.

I could have really loved Death Stranding this year, I put 74 hours into it. But the last moments of this game make none of that worth it, and I REALLY hate myself for that.

That being said, this is Death Stranding’s only redeeming quality, and it’s really friggin catchy.

Game I bought but computer can’t handle it, but wait why did I buy it in the first place.

I’ve had a morbid curiosity of Left Alive since it’s announcement all the way up to its release. I know what I’m getting into playing it, and I’ve waited for a deal good enough on steam to encourage me to buy it.

And now that I have it, the computer can’t run it very well. So I’m afraid I’ll never truly enjoy it. So for the time being, I bought it for no reason.

Twitch gaming moment of the year brought to you by Arby's.

Back when there was an uproar of people upset that Brigitte got a police officer skin during the anniversary event. For shits and giggles my friend Maple and I spent a day playing as officers Brigitte and D.Va patrolling the levels and stomping out crime. But then one simple moment changed our perspective.

Something about cornering Orisa and beating her to death dressed as police officers became the perfect example of why someone might think of these skins as a bad idea. (You know, because of what that might represent, for a person) And I choose this clip in part as a shocking moment for myself, and also a teachable moment of how it could be perceived.

MAYBE THIS IS WHY THE OVERWATCH ORGANIZATION WAS SHUT DOWN, JACK.

That’s it, that’s the thing this year! As I look forward to 2020, the only thing I can hope for is to be able to follow through on a lot of projects that I have planned, and to stream more. But really to just have a happy time and do things like play fun games and shit.

That’s all we really need in our lives. Fun n shit.