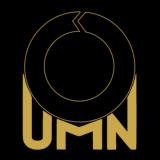 Sounds like the IGDA is basically the Teamsters circa 1907, before Tobin. That metaphor means they are a century behind on the practical representation of workers' rights.

leaving the bulk of its efforts at improving the lot of games workers to panels and polite discussion.

My brain is chewing on this sentence and spitting out broken teeth...

And that's not good, breaks the basic concept of game console (easiest than PC to choose, install and play) and can still rather divide the base because there will be different performances.

That's always been true in theory, but if you're pretending it hasn't happened many times before, then you're not in tune with the realities of proprietary platform development. SKUs and compatibility between user ownership changes all the time. It's not only external peripherals, it's also the core internal components of a system:

None of the above examples compare with a specific external peripheral, such as the Famicom's disk drive, Sega 32X, 360's Kinect or the PS3's Eye camera and Move, or the Wii Motion Plus, because those are very clearly "to play game X you need physical Y", like the old lightguns.

What we're talking about is a proprietary platform owner pulling the rug out from developers and rewriting the rulebook to give A) consumers more choices, and B) save manufacturing costs. The system you go buy from a store or a garage sale, might not support the game you want. That's what we're talking about. That's what developers have to consider in the console ecosystem too.

Patrick and Drew's EVE coverage got me into the game, and here I am now with two mains each with 50 million skillpoints and barely undock. (My "bee ally" is homeless anyway.)

It's been a great experience. Lots of real life friends from it. I could maybe say there are some people from Star Trek Online I would enjoy meeting, but it's not the same. The stories aren't the same. I just try not to take it very seriously. Some people believe they own the biggest grain of sand on the planet.

Y'all people who always say "it's fascinating and terrifying from the outside", on the inside the feelings of terror are usually replaced with eyerolling. It can be a fucking shitshow; some of these people are sociopathic infants. The 13 year old racist from COD voice comms is now 20 years older and plays EVE. But you can still mute the fucker.

CCP made a hell of a game. EVE Forever.

The IME is the main reason I gave up on the wiki after Dave left, so here's hoping!

Congrats on the anniversary duders. I don't know how the fuck you've kept it up for so long... but you're right for it.

The Japanese version on PS4 DOES have the servers online, i have been seeing player messages and getting invaded since the JP launch.

Anytime Brad starts to sound like a sugar-charged chihuahua, it's pretty certain he's got his wires crossed.

I was pretty damn good at Blur. During the mp beta I was usually in top 3, and post launch I could hang in the top 10.

Lately my mindset has been "am I good enough to speedrun?" certain games because that community seems like a neat place to be. Although I'm definitely twice as old as some popular runners, so that's maybe weird.

But starting to do speedruns and TASes of arcade games sounds like a great time. I'm more interested in competing with myself than others.