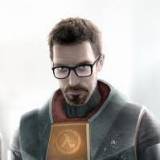 Destiny really looks awesome. I'm really glad to see that Bungie didn't go away forever when they left the Halo series. The gameplay looked excellent at the Sony conference and I can't wait to find out more about the story.

I've been wanting to play Watch Dogs since I saw it last year at E3. This year's trailer looked amazing and I'm glad we go to see more gameplay. I just want to see more of the storyline.

Mario Kart 8 is visually stunning. The graphics are the best of the series The gameplay we saw was awesome and I'm really hoping for some awesome multiplayer for it on the Wii U.

The Witcher was really good, The Witcher 2 was amazing, and The Witcher 3 looks absolutley amazing. I'm so glad that it is going to have a completley open world this time. The gameplay looks similar to The Witcher 2 and that is good by I do hope it is not as complicated as the combat in The Witcher 2.

Runner Up #2: South Park: The Stick of Truth

I love the Elder Scrolls and The Elder Scrolls Online is exactly what I have been wanting for years, especially since Oblivion. The gameplay in the series has been getting better and better and I can't wait to see how that transfers to an MMO.

Runner Up #2: Tom Clancy's The Division

One of the best Star Wars game series' other than Knights of the Old Republic. The next gen version of the game should be awesome and hopefully the gameplay will be better. I can just imagine how awesome the multiplayer will be. As long as it doesn't get cancelled.

The graphics of BF 4 look awesome. Battlefield 3 had awesome graphics but the look even better. I can't wait to play Battlefield 4 when it comes out.

Runner Up #1: Tom Clancy's The Division

Infamous: Second Son looks like a huge inmprovement on the first two games which were excellent. I really like the new powers your character appears to have as well. I just hope the game keeps all the moral decisions from the first two games.

I was pretty surprised to find out that this game would be an Xbox exclusive. It looks awesome, especially when the protagonist throws a saw taped to a sledgehammer at a zombie and splits it in half.

Runner Up #1: Next Gen Halo

Bayonetta 2 is a surprisingly good looking Wii U exclusive. The gameplay looks as good as ever and the visuals are awesome looking. I am really surprised it is a Wii U exclusive.

Awkward Moment of the Year

Congratulations Watch Dogs. The game looks awesome in all aspects. When it comes out later this year I will get it on launch day because I have already pre-ordered it. Watch Dogs looks to be an excellent game and I can't wait to play it.

Runner Up #2: South Park: The Stick of Truth

Before I start this recap I want to say that I watched the IGN broadcast of the event. Well, day was interesting. Plenty of new games were announced and all the press conferences were packed with information.

Another big thing that happened was the announcement of a new Halo game. It does not yet have an official title but for now I think for now it is just called Halo 2014. The Witcher 3 also had a pretty good trailer too.

The EA press conference was pretty good. It had the extremely exciting announcements of Star Wars Battlefield and Mirror's Edge 2, it also showed off Titanfall and the new Plants vs. Zombies game. I think that PvZ will make an excellent third person action game. I really wish they had given a longer trailer for Battlefront but it was still awesome. Peggle 2 was also announced directly after the announcement of PvZ: Garden Warfare.

Not to mention that they, of course, had all the annual sports game. All of it went as you would expect it to go except for NBA Live, it featured a really weird thing called BounceTek. It puts special emphasis on dribbling, yeah I know, that is a really stupid idea.

The Ubisoft Press Conference was excellent. The Division looks really complicated but awesome, Watch Dogs didn't explain as much as I had hoped it would but it was still good, and The Crew looks like a driving game I could actually get into.

Probably the weirdest thing at the conference was the Rabbids TV Show. I still have no idea how this thing is going to work, from what I understand it is an interactive show of some sort. I'm not sure how that will work on Nickelodeon but I guess we will just have to wait and find out more.

Since their were so many games at this conference I am going to list my top eight instead of five.

The Sony Press Conference was absolutely epic. It started off scary, after showing off some PS3 stuff it soon went in to talking about TV on PS4. Just like the Xbox One did. Then it went into a completley different direction, it threw out game after game and was awesome. It hit hard with KH3 and FF Versus XIIII, then continued to do well with Mad Max and Destiny.

The best thing about the conference was when they announced that the PS4 would not require online connection and that it won't make you pay to use used games. Everybody was excited about that and then it announced that the price would be only $399, $100 cheaper than the Xbox One.

Things I Am Anticipating from E3 2013

E3 is very close and this year a lot of things are going to be happening, with the new generation of consoles and plenty of new games, this year's E3 is going to be interesting. I find it hard to look forward to all the next gen console announcements because I know at least a few things aren't going to be so good, like the Xbox One requiring online connection once every 24 hours to work. Anyways, here is my list of the top 10 things I am excited for or to find out about from E3 2013.

2. Finding out about new games that haven't been previously announced

3. Finding out more about Watch Dogs

Other than these things I am also looking forward to these things as well... Rayman Legends, New Plants vs. Zombies game, Dark Souls II, Wolfenstein: The New Order, and Saints Row IV.

Welcome to part 3 of my game awards. This time I will announce my platform and overall awards.

Studio of the Year

Game of the Year

Welcome to part 2 of my awards. In this part I will announce genre awards.

Need for Speed: Most Wanted

Epic Mickey 2: The Power of Two

LEGO Lord of the Rings

This month was a big month for gaming including a new console release. Here is my recap of Nov. 2012.

The Wii U came out along with several good games in the launch line up. Super Mario Bros. U was the star of the release. Nintendo Land wasn't amazing but showed off the features of the system well, Zombi U had some fun moments was a let down, and several other games that released this year are being redone for the Wii U including Mass Effect 3, Assassins Creed III, CoD: Black Ops II,and several more.

Some of the games that game out were: Hitman: Absolution, Super Mario Bros. U, Zombi U, Call of Duty: Black Ops II, PlayStation All-Stars Battle Royale, Halo 4, Epic Mickey 2, Paper Mario: Sticker Star, and there several more too.

The Future Generation of Consoles

With the Xbox 720, PS4, Wii U, and probably more consoles coming out soon it's hard to tell what will become of gaming. The future may mean no more discs and all downloadable games, or more motion controlled gaming. Many things may happen but the important thing is that game developers continue may amazing games like Kingdom Hearts, Halo, Half-Life, Assassin's Creed, and many more. Games like Dance Central are fun to play for a little while but that shouldn't be the only thing there is and motion gaming can be fun but is much better when blended with controller gaming like in Mass Effect 3 and Skyrim with voice commands.