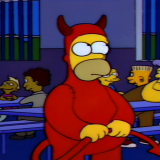 As a cynical person I dislike seeing news that confirms encourages my cynical tendencies. Saw a news headline do that this evening. Man killed after posing internet ad. I thought annoying ad filled with personal inforamtion. Turns out the burglars after posting an ad on craigslist.  So I guess be careful selling stuff online where the buyers come to you. As for me I plan to listen to my personal antidote to this feeling.   If you are in need of uplift I recommend listening to the song last.

Hopes for the summer

I hope to be employed, enough to buy a computer, and that Alpha Protocol is good. If all three of those things happen my summer will be very cool.

The first episode with the new Dr.

I really like the new Dr. in Dr. Who. I thought I might dislike him because it seemed like Geronimo would be a catchphrase of his but after watching the first full episode with him I'm on board. However I'm trying to decided whether I should wait to get an itunes season pass until there are more than 1 episode up or get on the new Who train right away.

Why I like Torchwood more than Dr. Who's revived 2005 series

I'm an American Fan boy late to the bandwagon. But I like Torchwood more than the revived version of Dr. Who. I have finished watching all of the episodes through the miniseries and have even bought for extra radio plays produced by the Torchwood Staff. I like Torchwood so much the prospect of an American Torchwood with Captain Jack Harkness and maybe Gwen excites me. Even though I know if the show is brought to America it probably won't be as good as the British version. I guess I like Torchwood better than Dr. Who largely due to liking the Torchwood Universe more.

Blogs Created:
4 blogs
Most Commented blog:
Why I like Torchwood more than Dr. Who's revived 2005 series
Total Comments on blogs:
22 comments