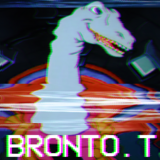 The same people who are porting this to the 3DS are also in talks with Edmund McMillen to bring Binding of Isaac to 3DS too, pretty great.

(For context, I'm currently working on making a 3D model based on this piece of concept art by Thom Tenery)

I've been busy working on a job which pays so I haven't been able to give this guy as much time as I'd like but since my last update I have added the beginnings of his leg armour and more definition to his muscles overall form.

The concept is a bit hard to read in places so I have taken some artistic liberties with areas.

Anyway, I'm looking to get as much feedback as possible - does anything stray too far from the concept or just look out-of-place?

Does anyone else think that it will start the day of or after Galaxies shuts down?

Issue: For the past 4-5 days every video I try to stream off the site will freeze every couple of minutes, the audio will keep playing though. The video stays frozen until I move the time slider, maximising/minimising the video does not fix the problem. I have started downloading the videos and the downloads work fine. I've tried playing the videos in all three settings, Low, High and HD, it seems to be more apparent the higher the resolution. The problem exists when I watch videos on Tested, too.

I love how many different options for 3D they give, especially placing the two images side-by-side so you can do manual 3D with your eyes a la the magic eye trick.

@Twisted_Scot: Yeah the tail is rigid for modelling purposes only, things like tails and snakes are modelling as straight lines and then animated to coil and wag after the fact. If you can find an image of Medusa from God of War before she is rigged and posed it looks quite funny.

@theguy: Thanks, yeah I totally see that now - I'll fix that up. Since this isn't my concept it's hard to imagine what Thom Tenery had in mind when he was picturing this thing walking or running; I personally would have added a thicker tail to balance out the front. However, this is an excercise in bringing someone else's concept into 3D so as long as I stay true to the concept it will be a success for me.

@Fobwashed: I agree he looks like he'd be a bit awkward on his feet but like I mentioned to theguy, it's more about making a 3D model true to the concept. Visually, this creature is really appealing to me, I think the awkwardness has a lot to do with that so as long as I can nail that in my final product I'll be happy. I'll be posing him but I won't be full-on animating him.

This is a continuation of my work on this project; I'm currently at the end of the first day of my sculpting in ZBrush and I expect there to be many more.

At the moment I'm still roughing out the major forms and deciding which muscles go where which is hard for this creature because he's such a mish-mash of various species; dog, giraffe, kangaroo, frog, duck etc. I've mostly been carving away at the legs, using images of greyhounds to help me.

There are some areas which I won't spend as much time getting perfect as others since they'll either be covered with a harness or what looks like a rubbery skin-suit from the concept.

Anyway, any feedback is welcome and encouraged.

Why can't people do this to games that deserve it (more)?

@Akrid: Thanks so much, you've been a great help.

How do you think this is looking?

@Akrid: Honestly I wasn't sure how to pose his basemesh, my experience with modelling creatures is very little. I assumed since the best pose for humans is with legs straight and separated and arms slightly bent that it would go the same for creatures too but that was the entirety of my logic. Part of my posting this before sculpting was to get advice from all angles, so you think I should adjust the legs to fit the concept initially? I'll go do that then (and shrink the arms!)