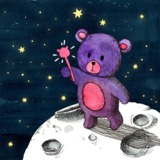 I'm getting so much cringe from that video, but there's a lot going on that ain't super cheap for sure that is impressive. Has the production values of something more like a TED Talk or like a PAX panel with a little more money pumped into it and a dollop of sheen.

I think the guys really wouldn't be comfortable with it, but what do I know. They're more like the seasoned vets who don't got time for that.

I think less obvious choices always make for more interesting films, like Burton or Nolan were.

So I'd go with wild cards like Mel Gibson, Frank Darabont, or Michael Mann. Directors known for strong character development without too much humour.

If we were to take Batman into a totally different type of film, I'd take a bet on Nicolas Winding Refn. His consistency as a director is poor, but Drive, Bronson, and Pusher have real character and style for days.

Story: I'd love them to do an older Bruce, more seasoned and in declining health, looking for a new protege to take his place as a new villain, the worst Gotham's ever had, has descended on the city. The Arkham Knight or someone would actually be great on film; perhaps Azrael could be in it, too, played by the Luke Cage guy or something. I have no idea. I'm just going mad now.

What's the sixth game? Looks familiar. I want it.

Rise of the Tomb Raider

The Wolf Among Us

It looks really cool, and the perfect entry-point for me into this genre. Wasteland 2 on PS4 was really cool, but I kept getting completely lost and didn't get far. This seems a little simpler to me, I can't wait. I hope the PC version has the option to pick a controller mode similar to how it is on consoles, as I struggle with mice/keyboards; get tired.

My first console memories were the Genesis and SNES, but they weren't mine, I shared with my sister. The first console I had just for me was the PS1. My mum gave it to me on Christmas morning, with Tekken 3, GTA + the London expansion. It was totally mindblowing; I was only seven. Best day ever.

@jeevespleez: Nine to go? haha, you tease. I hope to Thor I don't get the itch to run those games in any special way. I started up Resi 7 an hour or so ago; it runs really nice at ultra settings on the 1070 at 1440p; for some reason I expected issues. The atmosphere is exceptional so far, which is when I realized my heart had enough scares for one day and saved it for tomorrow. Thanks for commenting, it meant a lot to my confidence.

@citizencoffeecake:I'm a fan of GGDQ and speedrunners in general, and have watched awesome Mega Man runs in the past (19 mins is the record or something), and they're on another level of dedication and skill than my 43 hours with the game will get me, especially as I played it for the first time ever a week or so ago, haha. Patience, too. I don't have enough to put myself through that hell!

Thank you for the congrats. I'm really happy with my mildly impressive work today. I know it's baby stuff compared to more serious gamers' amazing efforts, but I think it's as far as my ambitions go for now. One day maybe I will go full-on and decide to dedicate my life to Mega Man, who knows. I hope not, for my sanity's sake. I'll leave it to the pros...

I did it, finally, with four notches of health left. Now I can focus on finishing my damn 100-game backlog again.

I was watching Breaking Brad on the side and forgot the audio was being recorded, so I was kind of multi-tasking to calm myself. I think it helped me get into that subconscious zone. Steam says I've played the game for 42 hours overall. Dayum.

@wynnduffy: I should have clarified, I'm sorry: I personally don't think it's overpriced for my needs. For WiiU owners it seems a common opinion that for Switch and Breath of the Wild (for UK pricing, I'm from the UK) £329 is too much and not worth the dive, also contrasting with the first year of games (for them). I'm super excited and don't share it fully, but it is a lot I guess. I was speaking on their behalf to some degree. It's a pretty common opinion on UK sites that it's a bit too much, and accessories right now are off, blaming Brexit and all sorts.

And by confusing I mean their unveiling, where it was a mish-mash of motion control gimmicks (which may turn out to be awesome but seems to confuse some about who the console is actually aimed it), weird don't-look-at-the-screen minigames that some people (Jeff for one) thinks would be bad in the environments Nintendo shows in their commercials, which is confusing from that marketing perspective but makes sense for having friends over to play it specifically, etc. There's other stuff. The console itself is beautifully simplistic.

If you just disagree with everything I'm saying that's cool, but this is based on feedback I've seen very regularly on the sites I frequent. Everyone's perspective is different there, as our points of references aren't the same.