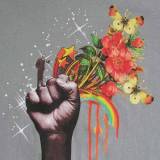 I'm Bryan, and I'm not an alcoholic(not yet), I guess I should list some of my favorite things in an "about me" section.

Music: My favorite decades are the '60s and the '90s, recognizable bands being stuff like Floyd, the Beatles, Jefferson Airplane, the Doors, the Byrds, Nirvana, Soundgarden, and other similar and a few more obscure things.

Video Games: The Xbox 360 is the current gen console I currently own, here's my gamertag
edit: Umm I guess no embedding here
I also have an iPhone, which I have a feeling is gonna get a lot more prominent in the world of mobile gaming, considering that it combines motion sensing with touch screen functionality.

Movies: It's hard to pick an all time favorite as far as movies go,  I guess I could just throw out some director's names, but they'd all be pretty standard, you know, Scorsese, Tarantino, Nolan, Jackson, Crowe, Boyle, Coens, and some independent too.

Drinks: Non-Alcoholic, I like most colas, not really a coke or pepsi fanboy, but if I had the option of getting either or, I'd pick coke.  I'm not a huge energy/sports drink fan though.  I like apple juice.  Alcoholic, my favorite beer is Newcastle, if I had to go American I'd go Corona.  I like Captain Morgan's and Crown Royal too.