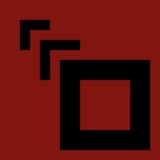 Sorry, this is a copy and paste from my personal site, because I need to work on my backlog of games. Please be excited.

Inclusion on this list doesn't mean I've beaten them, just that I've played enough to look at them and go "yeah, this is a game I really liked". Consoles listed are merely the ones I played the games on. A worthwhile note: my ordering is somewhat arbitrary.

I expected to immediately lose interest in this game, and to be honest I'm still on the first chapter, but it's a fun thing to pick at, making silly rooms and structures in your silly village. My bedroom has the only nice chair in the village! The writing in DQB is surprisingly charming, making it more than a Minecraft clone.

This visual novel makes me happy, even if the writing is a bit strange in spots, the text has some typos, and the main character is kind of a jerk-ass. The Mino Taro artwork is beautiful, though, and the story definitely hits its romantic notes as you go, if you're invested.

I was enthralled by the narrative in this, and despite being let down by the ending, I still feel that the first 90% of this game has some great writing and a couple stand-out performances in what is essentially a visual novel that needed greatness to succeed at all.

Hoo boy, this game. The fighting is really good! Everything else about it is kind of rough and bungled, marring what would be a really great fighting game experience. So many other fighting games are putting complete packages together, though — Street Fighter V just looks like a budget game or weird beta. Writing this actually knocked SFV down several positions from where I first put it in my list. But the fighting is so good!

In a previous year, I put Persona 4 Arena on my list because of how much it rekindled my love for fighting games, enough for me to go to Evo. I still love fighting games, as much as ever, but I've been in a bit of a fighting game lull due to time and effort. However, Nitro+ is tons of fun to play non-seriously, and I entered an Evo side tourney and won a match in this game so I'll always cherish it.

On-again, off-again for me, but this is definitely a very well put together Wizardry-style dungeon crawler. The best art we've seen in a traditional gridder in a while. A harder game than Etrian Odyssey and many other contemporaries is both a selling point and a hindrance, depending on your mood.

It'd be easy to just simply call this "the best Metroidvania in a long time" or something, so instead: the 8-bit scifi aesthetic in this game where you go back and forth between maps, exploring an alien world as your character becomes increasingly capable is worth the price of admission alone, but it's also a very good one of those games. Axiom Verge nails the genre in every way.

Speaking of complete packages, Xrd:R is everything I want in an anime fighting game, except I don't have the necessary amount of time to dive into it. Beautiful game, tons of extras, rock solid gameplay, and a story mode I still need to get to. Xrd:R would be higher still on this list if I had the time to devote to it that I want (maybe I carve out time in early 2017!), but then it'd contend against ArcSys's other line and my true favorite, BlazBlue.

These games always melt my heart, and I will always be fond of them for that reason. Another really good Vocaloid rhythm game, just wish it had even more tracks to play. The series is looking good on PS4, which bodes well for the future even if I'll miss out on the Vita side.

It's a really solid turn-based JRPG filled to the brim with Final Fantasy nostalgia! I will love it forever. The sheer volume of really good voice acting makes this stand out against so many partially-voiced JRPGs, but all of WoFF drips in its own style. It's a fully-loaded experience, with tons of main quest line and sidequests to dive into, and has some of the sharpest writing and voice acting delivery in the main characters. A delight in gameplay and characterization.

I've been intentionally playing this game in short chunks because I love it so much, it's a hilarious time every time I have a target and an axe in hand. Would have totally skipped this had I not seen how ridiculous it can be; it turns out that it nails a lot, but its selling point is many of the levels are fun, specifically crafted playgrounds that allow for tons of mission variants and even more hijinks. The team definitely knew what they were creating, and without that knowing wink to the camera, this would have just been another bland action game.

A great cap to the Zero Escape trilogy. Quite possibly the game I anticipated the most this year, and it did not disappoint. Some questionable animation and camera work isn't nearly enough to take away from Uchikoshi's interwoven story of interesting characters and room escape games. The cerebral story and unflinching violence and despair are certainly worth the price of admission. Just, as is always warned, play Nine Hours, Nine Persons, Nine Doors and Virtue's Last Reward first.

It's a minor miracle that ZTD exists at all, and it seems fair to argue that it also brought us a re-release of 999, which is a glorious future to look forward to.

...and maybe it belongs at the top of the list anyway. This is my list and I'll break the rules if I want to! I just couldn't not call this out.

1+. The Legend of Heroes: Trails of Cold Steel (Vita)

I played a ton of RPGs this year, but honestly, this is the only one I needed for 2016. Trails of Cold Steel is precisely what I want out of a JRPG: wonderfully varied characters, great writing, traditional turn-based combat, a good, coherent look, rad soundtrack, and hours. So many hours. I don't have my save on hand to check just how much time I put into this game, but I'm pretty sure it was over 100 hours for my first playthrough. The Vita version has some occasional performance issues, but otherwise, it's an absolute pleasure to play.

The last couple years have really made me appreciate Nihon Falcom, and so far, Trails of Cold Steel in the apex of that sentiment. Certainly my favorite JRPG since Persona 4 Golden, its traditional combat and storytelling are a welcome comfort. I cannot wait for Cold Steel II.

This was also just too good for me to ignore.

There are a couple other 2016 gridders made lists, but this was really my favorite to play this year. Great anime-style look (a bit ecchi, but no complaints here), nice and difficult, and a lot of flexibility in the customization options with Etrian Odyssey-style skill trees and class change options. Dungeon Travelers 2 feels like it's for gridder fans that want a break every now and then, it's difficult but you can save and retry anywhere, and (generally) warns the player before bosses and tough fights. Maybe the most accessible dungeon crawler you'll find right now, if you don't mind (or even like) the art.

These probably would have made my 2016 list, if only I had the time to play them...

The Legend of Heroes: Trails of Cold Steel II (Vita) — I only first beat Cold Steel I later in the year, and I want to play through it again before starting Cold Steel II. I found the first game amazing, though.

Superdimension Neptune vs. SEGA Hard Girls (Vita) — I like these games even more on Vita, but I need to beat VII first.

Steins;Gate 0 (Vita) — I am so in love with Steins;Gate it makes me cry. Seriously. Genuine deep love for the first game. 0 is waiting on me to do a replay of Steins;Gate first. Would absolutely have been my #1 if it's as good as my hope for it.

Shantae: Half-Genie Hero (Vita) — This only just came out, but I really enjoy it. If I had more time to get deeper into it, it might have made it into the list above, and that is surprising to me, as I don't have much interest in platformers.

BlazBlue: Central Fiction (PS4) — BlazBlue is maybe my favorite fighting game series. I love the series' insanity. Haven't had much chance to play lately, though.

I Am Setsuna (PS4) — Sounds like it's pretty good, if you don't compare it to Chrono Trigger.

King of Fighters XIV (PS4) — I appreciate this game for what it is, and have a soft spot for SNK continuing to put in work. Waiting for the graphics patch and some free time.

Exist Archive: The Other Side of the Sky (Vita) — Looks real good on Vita, and the couple hours I played were fun. It just lost out in the battle for time.

Shiren the Wanderer: The Tower of Fortune and the Dice of Fate (Vita) — Comfortable roguelike dungeon crawler in the Mystery Dungeon family. Feels good to play. Ran out of time, again, need to put it back into the rotation.

The Legend of Zelda: Twilight Princess HD (Wii U) — I really need more exposure to the 3D Zeldas. This is on the list for 2017, to help retire the Wii U, along with...

Tokyo Mirage Sessions #FE (Wii U) — Given how much I love Atlus, it's a sin that I haven't gotten to this yet.

PSYCHO-PASS: Mandatory Happiness (Vita) — Enjoyed it, got one ending, but all the other releases of the year elbowed it out. Will revisit.

Caladrius Blaze (PS4) — I'm bad at shmups but I really like this one. That's it, really. It looks pretty good, and sounds like an arcade when there's just a cacophony of rings and explosions and shots and anime girls yelling.

Ray Gigant (Vita) — interesting take on gridder mechanics, the main character at the start of the game is annoying as hell, though. Actually, maybe a lot of the characters are. Gameplay's good, though.

Odin Sphere Leifthrasir (Vita) — beautiful, as everyone expected, but the action just doesn't grab me. Surely a good game, just not one for me.

Pokémon Moon (3DS) — this would fall into the above list, arguably, given how little time I've spent playing it, but I never get super into the Pokémon series. Regardless, I want to play more of this in 2017.

What Else I Was Playing Instead of Games From 2016

Arcade Archives: Gradius (PS4) — I got into this game in a real weird way.

Danganronpa Another Episode: Ultra Despair Girls (Vita) — a worthwhile entry in the Danganronpa series, even if I prefer the VN/adventure games more. Yay, despair!

Puyo Puyo Tetris (PS4) — is there a more hype Tetris and/or Puyo Puyo game? The answer is no.

Corpse Party: Blood Drive (Vita) — fairly rough, technically, but still a pretty decent cap to the Corpse Party games, even if it is more frustrating to play than actually terrifying.