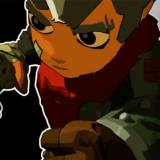 can you help solve my mod needs?

Up until recently I had predominately been a console game player, the low cost of entry and ease of getting games and peripherals made it the slightly more appealing choice for someone with not a lot of cash and an insatiable appetite for games but recently through a stroke of luck and some dedicated saving I was able to afford a decent PC again for the first time in maybe 8 years and it has reintroduced me into the world of mods through steams workshop.

It brings back great memories of total conversion mods for games like Quake and Unreal Tournament or new adventures in RPG favorites like Neverwinter Nights but these days all I seem to find are mods that help you stomp the game into the ground giving you ungodly powers or just minor tweaks to how the game looks like weapon reskins.

To take Skyrim as an example; as with all role playing games I like to actually role play a character for instance in one of my playthroughs I play a paladin style class which mixes heavy armor, a large two handed sword has alteration spells that increase armor and reduce physical damage received, detect dead and basically anything from the restoration tree.

The main problems I run into in the main game is that later armors such as dragon and daedric are too dark looking and dwarven armor doesn’t cut it late game stat wise and that there is no cleric type faction available.

The other type of character I have been playing recently is a thief, there are plenty of quests for me to do but the sleep cycle is completely broken for almost everybody making it annoying to play since I usually dont use the wait function but rather I will go out into the fields nearby and gather alchemy ingredients until nightfall but coming back into town at night only to find my mark awake and sweeping floors forces me to wait and retry which breaks immersion.

So if you can suggest any mods which would help me elevate my experience I would be most grateful.

Im also after Dungeons of Dredmor mods too but since I only got the game it will be a while before I move onto using them, I like to try out the vanilla game first