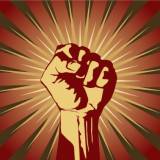 Jack Thompson is a name that sends waves of frustration and anger through the minds of gamers, but truth be told, not everything he says is misinformed bull crap. (though most of it is)

Jack has made the point that it is quite easy for kids to get a hold of violent video games. Most game advocates will tell you that it's not their fault, and that it's the parents' duty to watch over what their children are viewing or playing. This is also true, but to a degree. Even if you are a good parent, and you make sure your children don't get hold of media that you have expressly forbidden, you can't cover all the bases. When I was younger my parents would not allow me to play Grand Theft Auto at all. However, if I rode my bike to a friends house, Grand Theft Auto III would be there prepped and ready for me to enjoy. The point is: unless you bar your children's windows and lock them in their rooms forever, they will get into things you don't intend them to. And it's not just media. It's just part of life.

In this respect I believe there should be laws to prevent children from buying games that are above their age requirement. However, if a parent choses to buy a mature rated game for their child, that is their choice, not the governments. I promote video game awareness, not censorship or banishment.

Another point that anti-video game activists use, is the idea that video games "train" you to be an efficient and deadly killing machine. This is quite a jump. It is undeniable that violent images will instigate violent thoughts, but it does not necessarily translate into real life violence. Playing GTA for three hours won't influence a guy to jump in his car and go murder someone. It might however make them more likely to resort to aggression over a more peaceful solution. Also, violent video games don't "train" you to do anything. The most they can do is improve your eye-hand coordination, but as far as I know there is no square button on an AK-47.

One of the big questions about violent video games is 'why do they have to be so violent in the first place?' The answer is, they don't. If people only wanted blood gore and violence, Manhunt 2 would be a considerably more respected game than Portal. People don't play games for the blood, they play them for the thrill. In GTA IV, which is more fun? Killing someone with a knife, or careening at high speeds, on a bike, into a tree, just to catapult Niko high into the air? It's the same thing people look for in a roller coaster, or an action flick. They want big, loud, crazy, over the top, adrenaline pumping action. The blood in Gears of War is awesome, not because it is realistic, but because of how ridiculously unrealistic it is. It's the chaos people are after, the over the top extremities and wild craziness that these types of entertainment can provide. Hopefully developers will start to make games for the younger crowd. Unfortunately that requires a lot more creativity, which most developers shirk in favor of another shooter. Perhaps more people will set off down the creative road after the success of Portal.

(I wrote this blog on Gamespot a really long time ago. I decided to post it here on GiantBomb, unedited from it's original form, as a way to start my blog here, and to get some discussion going. Feel free to tell me what you think, even if you think I'm a jackass.)

Blogs Created:
4 blogs
Most Commented blog:
Tips for buckling down and getting my homework done?
Total Comments on blogs:
17 comments