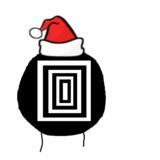 I've had this fat 40gb PS3 for almost 2.5 years now and it has been working perfectly, until now.

It's been turning itself off on it's own. It's happened a couple of times now. Even in middle of a game it just off's itself without any kind of warning. Pressing the PS button won't switch it back on, I have to press the button on the machine. Also, Assault On Dark Athena started showing all sorts of jankiness today, but that could be just the game's fault. And just regular freezing in games is happening more frequently than it probably should.

All of this started happening after the 3.40 system update. Could that be the reason?

Should I start thinking about buying a new PS3? I honestly have no idea if it's the broken or not, so I could use a bit of help. Have any of you had any similar experiences?

Blogs Created:
1 blog
Most Commented blog:
My PS3 might be dying.
Total Comments on blogs:
69 comments