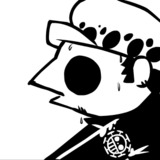 @notnert427: I think people will stop complaining about corporate greed (don't know why you put greed in quotation marks as if there's some other kind of greed) when CEOs stop getting paid 300 times the median company wage or when despite record profits they lay off over 800 people.

Lootboxes aren't a way to reduce the specter of a "cost gap", they're there to milk money and generate value for shareholders. There are multiple ways to reduce or ease the increasing cost of game making that doesn't involve blind box gambling and if we saw these companies making steps towards those measures instead of doubling down, I think we'd see the "corporate greed" talk die down.

SSD was a given, but still fun to hear. I'm still a little surprised the Xbox One X never launched with an SSD.

I hope they focus on pushing at least 60fps as a target for all titles, but the ray tracing addition is making me worry they're focusing again on how good things look rather than how they perform.

Claptrap hacks Rhys and forces him to dab with his mechanical arm.

@casepb: I think people liked it because of the weird obtuse nature of the world and progression.

You're not just conquering the difficulty in the game, you're conquering the way the game was put together. Stats that don't explain what they do until everyone messes with them, NPC questlines that seem arbitrary and impossible to guess the next steps, entire levels changing depending on if you beat a boss or died in human form, material lizards disappearing forever until you kill the next boss. It was an adventure just to piece together how to play the game. People learned to love it in spite of the difficulty, not because of it. I think people and FromSoft's marketing latched onto the "this game is so hard you're gonna DIE" aspect too much (Prepare to Die edition, the cackling ladies in the beginning of DS2) so now we have people trying to hold the difficulty as the sole aspect of the game that is why the games are amazing.

The whole thing reminds me of that bit in Futurama where they go to take Fry to his first Blernsball game. I feel like in the future if FromSoft made games more accessible or added an easier difficulty we'll have loads of naysayers going "Huh, so they finally made it more accessible."

I just beat two end game bosses in Sekiro without resurrecting, Demon of Hatred and Isshin, all while drunk last night. I usually start tilting if I drink too much, but I must have just had the proper amount because I wasn't overthinking their tells.They definitely took me a couple of tries to get those near-perfect runs, but I wasn't tilting like I usually do when I die multiple times when I'm sober. I generally get a rush of adrenaline in difficult games when I play sober that makes me jittery and start to lose focus. I definitely play better when I'm sober, but I play looser and calmer when I have a few drinks in me.

I just beat him after a night away and a few drinks.

Best advice I can give is to treat him like when you first fought Genichiro (or at least how I dealt with Genichiro). Rush him down and only stop attacking to deflect his attacks. He takes a lot of posture damage from deflects, relentless attacking, and counters. There's unfortunately not much to do but recognize his attack patterns and hope that he likes to counter with easy moves you can spot. For his first and second form I would just attack and try to bait out an easy sweep or thrust I can counter and give a bunch of posture damage.

I actually found his 3rd form the easiest because lightning is really easy to counter and opens him up for massive vitality and posture damage.

The Senpou Temple areas are really cool and I like the Fountainhead Palace, but Hirata is by far my favorite. It's a neat residential area.

Ashina is fine, but too much of the game takes place around the castle and outskirts for me to like it over everywhere else.

@ares42: I just don't think that works in regards to Sekiro. They could make a mode that halves all damage you recieve and it would still be challenging to less skilled players.

Take the samurai before Genichiro Ben fought on the recent playdate for instance. The challenge to him is precisely parrying his two quick succession strikes. When you're able to do that, he gets so much poise damage that he's pretty easy. But the problem is the damage he does. If you miss that first parry, his other hit connects also and before you know it you're one hit from death. He hits harder than Genichiro does, but he's there to teach you "hey, get better at parrying". But the problem is people will die over and over to him quickly enough that they can't grasp it or decide to just cheese it with the poison knife. You could reduce his damage and less skilled players will have more time per run to get the hang of his attacks without resorting to cheese, and still learn his patterns and overcome him the way the author intended.

There are ways to keep the challenge in a game while still making it accessible.

The "authorial intent" argument only ever gets brought up when people make the game easier or ask for it to be easier. So many people were upset at the "remove Mr. X" mod but everyone laughs and applauds harder mods like Dark Souls's "perma-gravelord mode". Nobody argued "that's against the author's intent" when somebody makes a mod to give you JoJo stands in Dark Souls 3.

Shoot, everyone knows the best way to play games like S.T.A.L.K.E.R. and Skyrim is with mods and nobody gets upset on the developers behalf. Even in Sekiro I haven't seen anybody deriding others for using the framerate unlocker or field of view mods.

Man I hope they hired all the Telltale employees who helped write Tales from Borderlands.